Home Desixpress Yash Raj Films gets first ever emoji for a Bollywood film from... 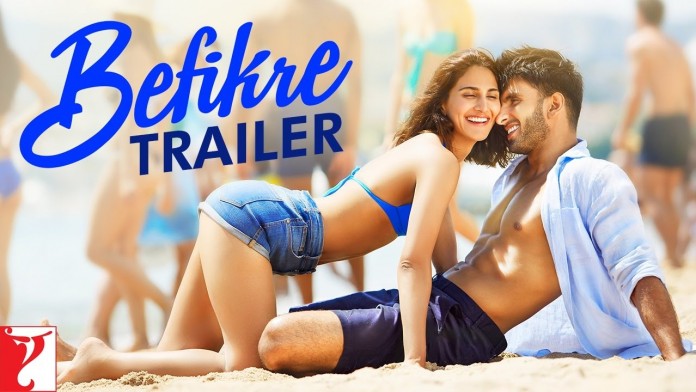 Launched yesterday, fans can now join the conversation around the film with a tweet by simply using #UdeDilBefikre, #Befikre, #BefikreOn9th, #BefikreOn9thDec and #BeBefikre to use the specially designed emoji curated by the social media platform, Twitter. The emoji appears next to the hash tag in the Tweet and is designed like the Eiffel Tower of pink hearts, bringing alive the Parisian essence of the film.

Tremendous buzz has been created about the film on Twitter and the emoji will further elevate the engagement with fans on the platform in a delightful and innovative way.

Set for a worldwide release on December 9, 2016, Befikre is a story that celebrates being carefree in love. The film’s trailer was launched at the Eiffel Tower in Paris in the presence of Anne Hidalgo, the Mayor of Paris and Dr. Mohan Kumar, Indian Ambassador to France, in addition to leading stars Vaani and Ranveer. 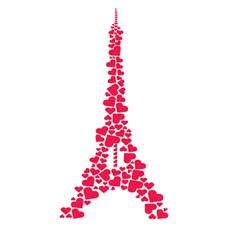 Using Periscope, the Befikre team live-streamed the launch from Paris to give their fans around the world an interactive, real-time experience and a chance to engage with the leading actors. Thousands of fans joined in the conversation and engaged with their favorite actors, Vaani and Ranveer using the hash tag #BefikreTrailer.

The Mayor of Paris also joined in the conversation and tweeted welcoming the cast to the city. In an #OnlyOnTwitter activity, the duo used the Twitter Mirror to take exclusive autographed photos of themselves at the launch and gave their fans an up, close and personal experience.

Manan Mehta, VP – Marketing & Merchandising, Yash Raj Films said, “Twitter is the ignition point of our entire Befikre’s marketing strategy. Its core strength of real – time is something that we really value and love to capitalise. On Befikre, we have engaged and built an audience of relevant followers in the shortest time span. When marketing our movies at YRF, we constantly strive to push the boundaries of possibilities to delight and engage the audience with our content. Befikre is the first Bollywood film to deploy the emoji and we are stoked with the audience response.”

According to Pratiksha Rao, Head-Media Partnerships for Southeast Asia, Twitter, “Twitter is what’s happening right now in news, sports, politics and entertainment. Millions of fans use the platform to connect with their favourite stars and films. Yash Raj Films has been one of the leading partners of Twitter; and the marketing team behind Befikre has really innovated from sharing interesting real-time content to generating unique user conversation about the movie. 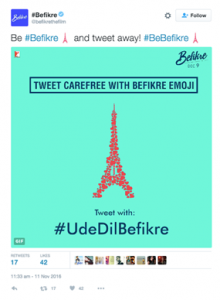 “This is the first time Twitter has collaborated with a Bollywood movie for a special emoji,
which delights fans in anticipation of the movie release. We are excited to continue partnering with Yash Raj Films on their unique use of Twitter for Befikre and other upcoming projects.”

In India, Twitter has always been in the vanguard of culture and arts, constantly innovating and creating new methods for people to connect and re-discover their favourite festivals and cultural moments. Twitter has become the zeitgeist of social media. In the past, Twitter has celebrated key cultural moments by announcing customised emojis for significant moments such as Ganesh Chaturthi, Independence Day, Republic Day, International Day of Yoga and TV shows Bigg Boss and Koffee With Karan.

Join the conversation on: