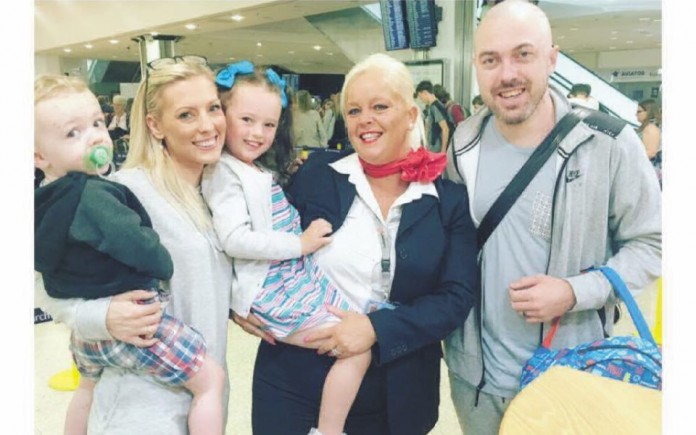 A Birmingham airport employee has been termed ‘one of a kind’ after she helped a family reach their destination using her quick wit and initiative.

The Doyle family from Coventry were already aboard their plane and looking forward to frolicking in the Portugal sun when disaster hit.

Their youngest member, two year old Jack, was caught having chicken pox and as such, the Doyle family was told depart the plane.

The Doyles had already sought medical advice and had been given the all clear by doctors, meaning Jack should have been allowed to travel freely. However, due to a miscommunication, the airliner deemed Jack too much of a risk to the other passengers.

Carrie Doyle, Jack’s mother, said “we were just devastated – especially as we had already cancelled our first flight because of Jack’s chicken pox.

“When I had to tell my five year old daughter Ruby to get off the plane, she was so confused and upset to be told that we weren’t going on holiday again.”

The family had been eager for a break given the father, Paddy, had been undergoing intense chemotherapy and radiotherapy.

The family were consoling the children at the customer service check out after disembarking when employee Zita Small saw them and learned what happened. Small’s own husband had passed 10 months prior and so she understood the family’s plight.

Small booked the Doyles another flight to Portugal, even upgrading them to first class at no extra charge. After her shift was over, she then drove the family to the Forum Health Centre in Coventry in order to get a fit for flight letter from their GP.

Carrie posted the story on Facebook, insisting it go viral. The story has since been shared more than 50,000 times. Paul Kehoe, Birmingham Airport Chief Executive, even presented Small with a bouquet of flowers.