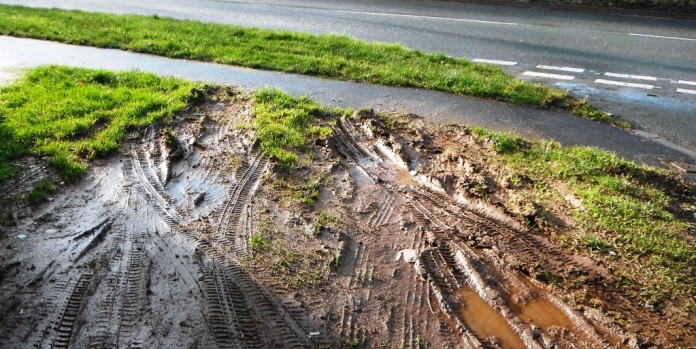 A city council inquiry has been launched to deal with the concerns surrounding the hazardous motorists.

Councillors have received a large number of complaints about the misuse of the verges in recent years and have said that the issue is causing a safety hazard, with lorries hindering lines of vision, causing obstructions and leaving big puddles and potholes in the ground.

Brownfield Road, Shard End became the first street in Birmingham where parking on the verge is banned, earlier this year. It was also imposed with £70 fines, which could also be introduced in other areas.

A number of procedures may be introduced such as putting wooden posts in the ground to discourage vehicles, planting additional trees and flowers and event protective mats or grids similar to those that are used on playgrounds.

Councillors may also consider introducing extra parking where there are larger verges.

Now a group of councillors are investigating the issue and considering potential solutions.

Cllr Neil Eustace (Lib Dem, Stechford and Yardley North) said: “It has exploded over the last couple of years. Residents see the street scene as important and like to look after it. Some even trim the grass themselves and plant bulbs, until someone drives a great van over them.

“I am delighted the council has agreed to research methods of reducing grass verge parking in Birmingham. Residents are angry at a minority of motorists churning up grass verges and consider it anti social behaviour.”

He also added that there is a ‘broken window effect’ whereby the destruction of grass verges leads to other anti-social behaviour such as fly-tipping and vandalism.

“Delivery trucks and the councils bin lorries cause much damage too. Hopefully answers to this complex problem can be found soon “

Cllr Gary Sambrook (Cons, Kingstanding ) said he had been swamped with complaints. “After the Shard End initiative appeared in the Birmingham Mail I had about two dozen phone calls from residents saying ‘if they can do it in Shard End why can’t we do it in Kingstanding’.”

Cllr Marje Bridle (Lab, Shard End ), who helped the residents in Brownfield Road, added: “This review is long overdue. It’s a major issue everywhere in the city. But the whole thing is fraught with thorny issues.” She suggested that they lobby Parliament to secure additional powers to tackle the problem.