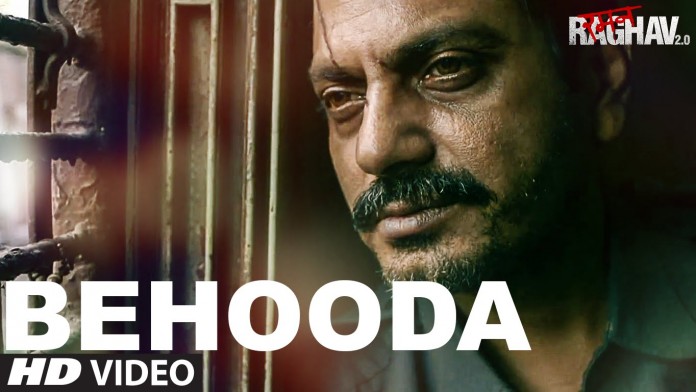 Director Anurag Kashyap‘s directorial venture Raman Raghav 2.0, which received a rousing reception at Cannes this year, has released its latest song Behooda. The song’s name, translating to ‘uncouth’, shows the title character Ramanna, played by Nawazuddin Siddiqui, wandering around the by-lanes of India’s city, Mumbai, looking to pick his next victim.

The song has been composed by Ram Sampath with the lyrics by Varun Grover and sung by indie artist Nayantara Bhatkal.