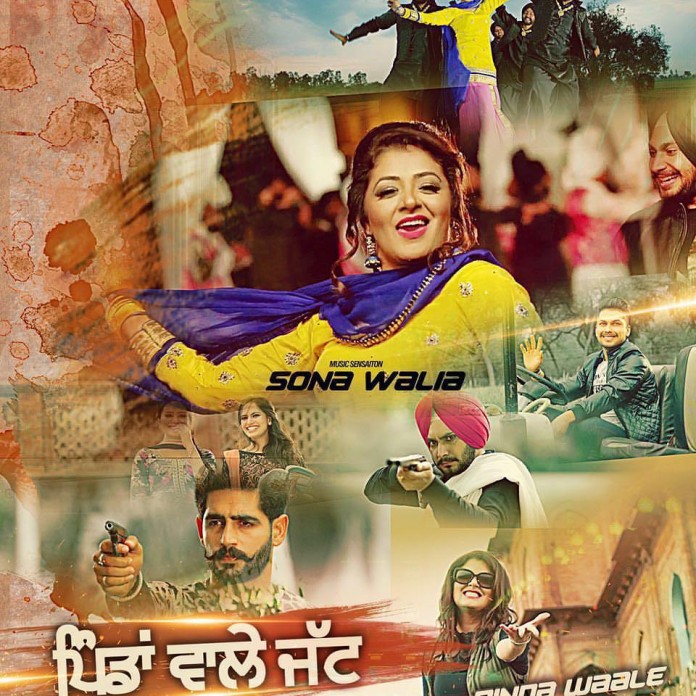 “Pinda waale Jatt” releases Worldwide on 6th June and is undoubtedly Sona Walia’s best work to date. The song, as the title suggests is a traditional Punjabi number and is produced by Desi Crew.

Sona’s deliberate decision to step out of her comfort zone and record a track that would push her own boundaries as an artist has certainly paid off. The end result is a very well delivered Punjabi dance number with a high budget video that enhances the song even further.

The song shows off Sona Walia’s vocal skills and the video showcases her incredible performance – something she is reknowned for Worldwide. Both the song and the video work hand in hand as they reflect the personality of Punjabis, their big hearts along with their simplicity.

The video was shot in Nabha City, Punjab over two days and would sit comfortably in any movie. Sona Walia looks absolutely stunning in both her Punjabi and Western looks. In true desi style Sona Walia is shown dancing on the bus roof.

“Both the song and the video have been an amazing experience for me “ says Sona “stepping out of the comfort zone and trying something different can be daunting but I had to do it for my artistic satisfaction. I am incredibly excited by the project as its turned out exactly the way I visioned it.”

The song will be released Worldwide by Speed Records and Bunty Bains Productions and will be available to download on iTunes, Saavan, Hungama as well as other digital outlets. The video will be aired on all major Punjabi TV channels and you will also be able to view it on YouTube and Dailymotion as well as other online platforms.

There is plenty more coming your way from Sona Walia in 2016.