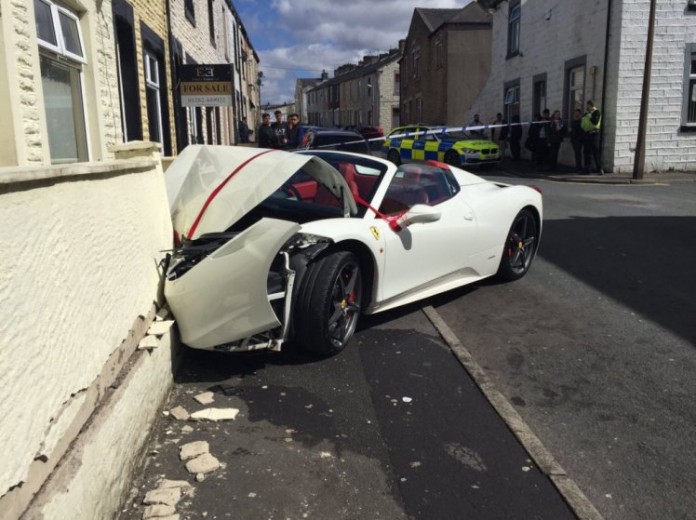 YouTube sensation Lord Aleem received some bad news yesterday as pictures emerged of his £240,000 Ferrari, after it had careened into a house-side in Lancashire.

Pictures, showing the Ferrari 458 Spider looking worse-for-wear with a crushed bonnet and shattered front headlights, were tweeted by Lancashire Traffic Police yesterday and have since gone viral.

The car was believed to be hired out to an unlucky wedding couple when it collided with a concrete wall in able street at 2pm in a damage only car-crash.

The Italian Super-car was part of a host of Luxury vehicles owned by the self proclaimed Lord as part of Aleem’s family Business, Platinum Executive Travel.

The Internet sensation addressed his 63,000 followers after a picture of the crash was shown to him. 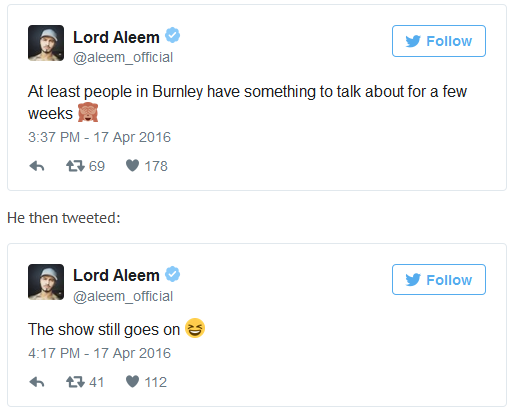 It’s not the first time damage has been caused to cars associated with Platinum Executive Travel.

More than £500,000 worth of Lord Aleem’s supercars were destroyed in two suspected arson attacks in 2014.

The young Solihull-based businessman spoke out yesterday after the pictures went viral, saying: “Thanks for all the kind messages. I wasn’t at the wheel, and nobody was injured that’s the main thing, have had a lot worse in business.

However what I will say is that these powerful machines require driver skill and they shouldn’t be taken as a joke. Drive safe.’

He added: ‘I’ll have that car back on road in 3 weeks Insha’Allah.’