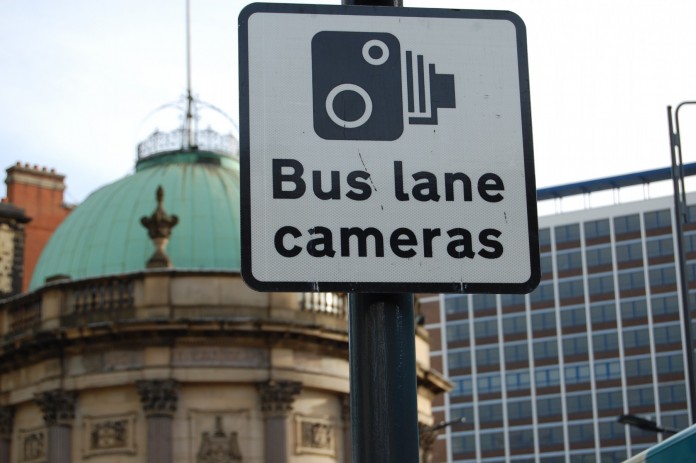 Ex MP reveals motorists’ fines, totalling more than £6 million, for driving in Birmingham bus lanes, are being used by the council to fund public services.

Cameras were installed in ten different locations within Birmingham city centre, including Bull Street, Moor Street and St. Martins Queensway in 2013, with two more being added in 2014.

A BBC Freedom of Information Request (FOI) showed that, within the first two years of operation, speed cameras were used to issue 213,774 Penalty Charge Notices (PCN’s) racking up a sum of £6,157,359 of fines from September 2013 to December 2015.

Former Liberal Democrat John Hemming exposed how the council had been “economical with the truth” on how the accumulated fines would be used.

When the speed cameras were first installed, the then Labour-run government denied claims that it was a “money making” scheme, adding that all funds would go into Transport.

In a reply to the BBC request, the council explained that the money raised had not been utilised for any such projects, stating “The net surpluses from the Bus Lane Enforcement (i.e. total income less expenditure) have been taken to reserves and have not yet been spent on any specific project.

“Work is progressing to identify appropriate highways/transportation projects to fund.”

Mr Hemming, former Birmingham Yardley MP, disagreed with the council’s statement, adding: “It’s clear this was a route for the council to raise money.

“This money has just gone in the cocoa tin, it’s not reserved for transport. We should be using taxes to fund public services, not fines.”

In its reply to the BBC, The council stated it had “always made clear” PCNs were not to make money but to reduce congestion and emissions.”

In February 2014, the council came under-fire as bus lane signs were found to be inadequate and confusing at three of the ten restricted locations, causing the authority to introduce extra signage between April and June 2014.