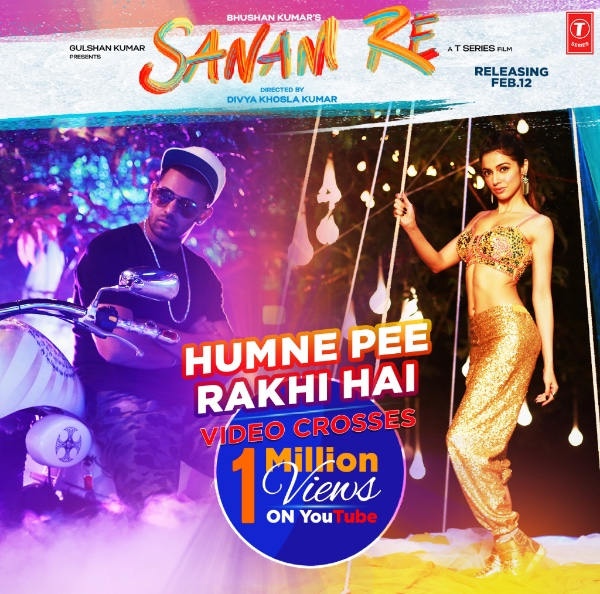 One Million views in One Day

British Asian singer Jaz Dhami has landed his first Bollywood song – he’s not only singing it, but has also featured in the music video from the film Sanam Re.

The movie Sanam Re is a T-Series home production starring Pulkit Samrat and Yami Gautam.

For those that may have followed Jaz’s career, he’s always expressed a desire to work on Bollywood projects, now that dream has been realised.

‘Humne Pee Rakhi Hai’ has been created by the edgy rapper Ikka (Pasina / Half Window Down) and American producer Epic Bhangra, alongside Jaz Dhami. Sprinkled with vocals from Bollywood’s selfie queen Neha Kakkar – you have yourself a party anthem.

The music video for the song stars the director of the movie – Divya Khosla Kumar. It’s been directed by the award winning Director Gifty over three nights in a secluded forest on the outskirts of Mumbai.

This is only the first step for the UK’s most versatile Desi singer Jaz Dhami. 2016 has started with an immense bang with Humne Pee Rakhi Hai – the video accumulating one million views in one day.

Bhangra fans can expect a collaboration with the man known as the hit maker – PBN, while a forthcoming track with producer Steel Banglez will leave you mesmerised.