Approximately 350 supporters of a far-right group are expected to participate in a silent march held in Birmingham next month.

Led by former EDL leader Tommy Robinson, Pegida UK have announced that the protest will take place on February 6 as part of a number of rallies across Europe.

the aim of the group is to “preserve our culture, save our country and save our future”

The demonstration’s timing is yet unconfirmed but it is expected to be held in the early afternoon.

Robinson, who left the English Defence League in 2013 after deciding the group had become too extreme for him continued involvement, is now helping to launch Pegida UK. 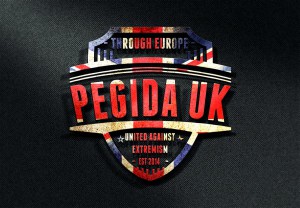 Describing Birmingham as the “terrorist epicentre” of Britain, the ex-head of the EDL said in an interview with the IB Times that the aim of the group was “preserve our culture, save our country and save our future”.

“Birmingham is where most of the terrorists have been from, it’s where six Muslims who wanted to blow us up were from – the continued epicentre for terrorism is Birmingham.”

Political leaders across Birmingham have released a joint statement condemning plans for the far-right rally in the city, saying the group would not be welcome.

Chief Supt Alex Murray, of Solihull Police, said a highly visible police presence would be at the event, with additional officers on standby should any trouble occur.

“As a force we are vastly experienced in accommodating and preparing for such events.”

Chief Supt Alex Murray said: “As a force we are vastly experienced in accommodating and preparing for such events having run operations around similar protests in Birmingham, Dudley, Solihull and Walsall – the most recent of which have passed off without incident.

“We have been working closely with Solihull Council and other partners around the planning for this event.

“Organisers have told us they are planning a peaceful, silent march from the train station to the protest site.

“It is not clear how many people will take part but we are continually monitoring the intelligence picture to understand the scale of the event.”

A counter-demonstration to the Pegida protest has been organised by the Unite Against Fascism group. Planned to take place on the same day, the counter-protest is set to be held in Victoria Square, Birmingham city centre, between noon and 4pm.