The UK’s first inter-university Bollywood Fusion dance competition, Just Bollywood, is set to be launched this month. Dubbed the ‘most anticipated event of the year’, the dance battle has already captivated thousands and, having catapulted from a simple idea into a nationwide brand, is set to revolutionise the UK’s Bollywood dance scene.

The dance extravaganza will take place on Saturday 13th December at Logan Hall in London. Tickets for the inaugural event start from as little as £15 and can be purchased through the official website – http://www.justbollywood.co.uk/. 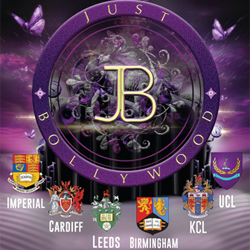 Sudeep Biswas, the President of Imperial College Indian society, which has organised Just Bollywood said, “December 2014 will mark the much anticipated arrival of Just Bollywood, and with universities nationwide clashing head to head to be crowned the UK’s first ever inter-university Bollywood Dance Champion, this is an event you don’t want to miss! The amalgamation of different dance forms, themes, music and dialogues is what makes a Just Bollywood act stand out from any other Bollywood dance act”.

The stellar dance battle will be judged by dance sensation Karan Pangali, who shot to fame in Hrithik Roshan’s ‘Just Dance’ competition in which he was the only British dancer to make the finals. Joining him as judges will be international celebrity choreographer Leena Patel and Samir Bhamra, creator of Phizzical, a West Midlands theatre production company.

The renowned Punjabi by Nature (PBN), who have produced huge Bhangra tracks like ‘Phitteh Moo’ and ‘Aashiq’ featuring Miss Pooja, will also be performing at the event.

Siri Potluri, the captain of the Cardiff University Just Bollywood team said, “We are all very excited about Just Bollywood. It is the first real chance to put Cardiff Asian society on the map and be recognized as a culturally diverse university through our passion and love for dance”.

Though Just Bollywood hopes to showcase the best of Bollywood talent in universities in the UK, it also incorporates altruism into the soul of the competition and hopes to both raise awareness as well as tackle the profound poverty found in South Asia today.

The official charity partner for the competition is the British Asian Trust and all profits from this year’s event will go towards funding the organisation’s anti-child trafficking project in India.

The funds will go towards:

Tony Lit, MD of Sunrise Radio 663/972, the leading British Asian radio station, said, “London’s Asian community is young and growing with over 50% under the age of 40. They are an interesting mix of east meets west, however there is one thing which remains consistent and this is the love of Bollywood and the music it produces.

“Bollywood influences style, fashion, dance and most importantly music. Sunrise Radio is committed to supporting young Asians in connecting or reconnecting with their culture and heritage and I have great pleasure in sponsoring the Imperial College London’s, first ever inter-university Bollywood Fusion Dance Competition, ‘Just Bollywood’ in December”.