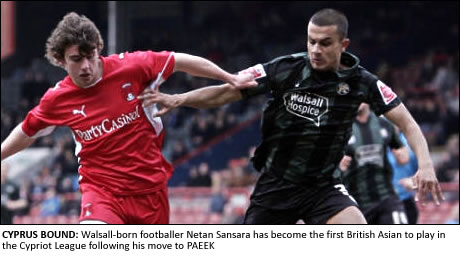 A strong and pacy left-back who can also play in the centre of defence, Sansara has built a reputation as one of the most highly-rated British Asian players. Born in Walsall, England, Sansara’s grandfather was born in India, making Sansara eligible to represent India at international level.

Sansara began his career representing his hometown club, Walsall, for whom he made 40 appearances in League One. During this time, his performances culminated in him representing England at Under-18 and Under-19 level, making his debut against Holland at Yeovil Town’s Huish Park.

After leaving Walsall, Sansara spent some time in Scotland with Dundee, before making his move to Cyprus, marking an exciting new chapter in his career.
Sansara’s representatives, Stevenage-based English football agency Achieve – www.achievemanagement.co.uk – arranged the move to PAEEK.

Achieve are an FA-licensed agency and have made it one of their many goals to improve the prospects and opportunities for footballers of Asian origin, a matter close to Sansara’s own heart. Sansara himself has spent a lot of time working for Asian charities, especially with children, and he has a great passion for trying to get Asian footballers into the professional game. He also harbours hopes of furthering his football career by representing India at international level.

Upon signing for PAEEK, Sansara stated his delight at the prospect of playing in Cyprus saying, “I had other offers this summer, but PAEEK is a great opportunity for me. After discussing my options with my father and my agent, James Garley, of Achieve, I decided this is a great move for my career.
“It can be the catalyst to progress my career further. I feel fit and strong and ready to hit the ground running. We have a great opportunity to be promoted this season and I want to play a major role in making that happen.”

James Garley, Director and FA-licensed agent of Achieve, said, “This is an exciting move for Netan. He has great potential and we feel he can continue to develop whilst with PAEEK. We are proud of helping Netan to become the first British Asian player to ply his trade in Cyprus and we hope to help Netan fulfil his ambition of representing India at international level.” 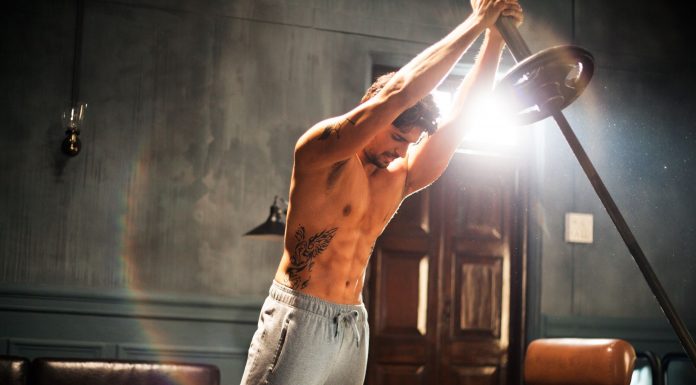 ‘We may never know his reasons for brutal murder’

need an account appraisal, meaning that endorsement choice should be somewhat rapidly.

Kids get chance to be football voice