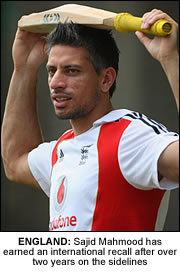 SAJID Mahmood has revealed he is ready to challenge himself with the aim of becoming a regular for the England cricket team.
Mahmood earned an international recall for England’s forthcoming tour of South Africa after more than two years on the sidelines. The Lancashire bowler is expected to feature in the limited -overs leg of the two-and-a-half-month tour following a scintillating season with his county side.
The 27-year-old acknowledged the difficulty he faces in cementing a regular England place bearing in mind the quality of the opposition.
“While I was pleased to be selected, it will now be even harder to get into the starting XI and stay there. There is even more hard work ahead,” Mahmood said.
“South Africa is a tough tour. They are right up there in the rankings in both Test and one-day cricket – they are a really good side. It will be difficult but I am pleased to be here as it gives me the chance to see where I am with my game. The step up from county cricket to internationals is big but I want to challenge myself.”
Mahmood goes into the tour full of confidence following a successful 2009 domestic season with Lancashire.
He hailed the influence of Lancashire coach Peter Moores even though the former England team director overlooked the fast bowler during his tenure.
“I bowled pretty well for Lancashire this summer – it was probably the best season I have had. All the hard work with Peter Moores, my coach at Lancashire, and Kevin Shine at Loughborough has paid off,” Mahmood added.
“I’m a better bowler than when I last played for England. I am more consistent now. The main thing I have been working on is having a game plan and sticking to it.
“When I last played for England I used to just bowl quick without having a solid game plan. The drawback of bowling quick is that you can be wayward.
“I am physically and mentally stronger now too. In the past if the batsman got on top of me then I would lose it. I would then bowl too aggressively. I know to stick to my game plan now. I’m more relaxed.”
England begin their tour of South Africa on 13 November. 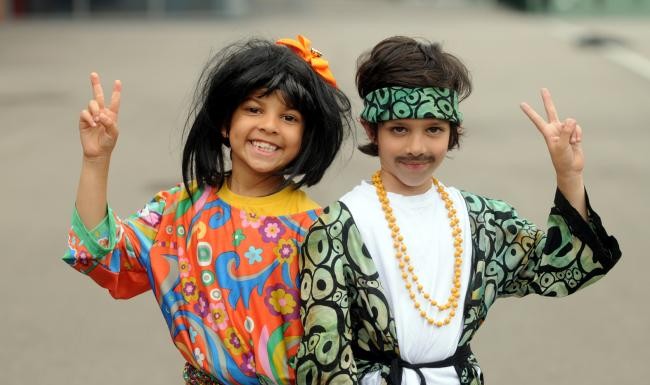 £100,000 of National Lottery funding up for grabs to celebrate community spirit in the...