Home Features Discover The Muslim Heritage In Our World 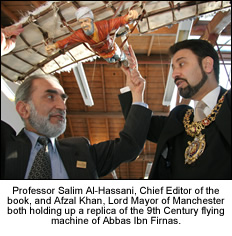 The myth of the Dark Ages has been perpetuated for centuries. History books preach about a thousand year period of cultural and scientific stagnation – Ignoring the exceptional achievements that took place in Muslim civilisation between 700CE and 1700CE.
1001 Inventions is a ground breaking project, working to promote an accurate understanding of the exceptional advances in science, technology and culture made by Muslim civilisation during the thousand years erroneously labelled “The Dark Ages” by Western tradition.
For centuries now historical research and teaching has focused heavily upon the cultural and scientific contributions made by ancient civilisations (Egyptians, Greeks, and Romans) and during the European Renaissance. However, for various political and cultural reasons, the contribution that Muslim civilisation has made to the modern world are largely overlooked.
During the month of Ramadan, millions across the globe strive to live a Muslim lifestyle, yet remain unaware of the rich cultural and scientific heritage that Muslim civilisation has given to the world. For example, did you know that the first manned flight was carried out by Muslim scientist Abbas ibn Firnas in 852CE, more than a thousand years before the Wright brothers took to the skies? Or that most of the 200 surgical instruments invented by Al-Zahrawi in the eleventh century are still in use today?
How many people are aware that hospitals, pharmacies, libraries and bookshops were first established in the Muslim world? Or that the experimental scientific method – used by all scientists today – was the brainchild of 10th century genius ibn Al-Haitham? Or that modern robotics, vaccinations, soap, the guitar, the fountain pen and hundreds of other inventions can be traced back to Muslim civilisation? 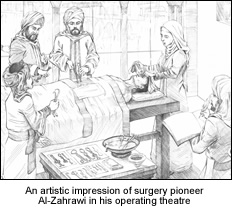 1001 Inventions illuminates the Dark Ages and is helping the world to appreciate the Muslim roots of our modern world. This ground-breaking project highlights a millennium of missing history in the illustrated hardback book 1001 Inventions – Muslim Heritage in Our World. It’s an opportunity to learn how the achievements of the Muslim Golden Age live on today in the technology and culture that we take for granted.
Teaching our children about the cultural roots of modern civilisation helps us all to better understand our shared history. This year you can give an Eid gift that celebrates the achievements of Muslim civilisation and combats the myth of the “barbarian Dark Ages”. This is your opportunity to join this global initiative and help others to appreciate the Muslim heritage in our world.
To support this ambitious initiative, and to educate Muslims and non-Muslims alike, this Eid we are inviting families across the UK to sponsor books and give them to a school of their choice anywhere in the world. 1001 Inventions aims to provide this book to every school in the UK and abroad, you can help us to realise that ambition.
To sponsor one or more books this Eid, call 0161 819 2391 or email info@1001inventions.com. For further information about this project visit www.1001inventions.com/sponsor. In the UK alone, almost 3000 books have been donated and distributed to schools and we hope that number will increase dramatically over the coming weeks.