How the anti-Nazi protest of 1979 shaped ‘Little India’ 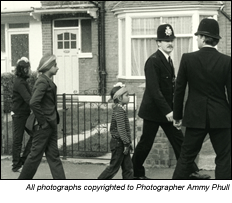 Later this month a series of exhibitions and events will celebrate 30 years of Southall. ‘The Southall Story’ will chart the development of the much-loved area through photographs, recordings, film documentaries and archive material. For the younger generation the project gives them the chance to delve into the history of one of Britain’s most celebrated multi-cultural suburbs, where no doubt they will come across the riots of 1979. Described as the event which changed the identity of Southall, we speak to ‘The Southall Story’ artistic director Kuljit Bhamra who lived through the event and believes the foundations of present-day Southall lie in the bloody uprising of 1979.
Many say it was thirty years ago this month that the foundations of Southall were laid.
It was April 1979 and an anti-Nazi rally left Southall with bloodied streets and a community in shock. When the National Front decided to hold a campaign meeting bang in the middle of one of London’s most multi-cultural suburbs, the alarm bells started to ring. Thousands of protesters gathered in the area and with an equal measure of police officers on standby the resulting clashes were inevitable.
In the confrontation that followed, more than 40 people, including 21 police, were injured, and 300 were arrested. Bricks and bottles were hurled at police, who described the rioting as the most violent they have handled in London.
Blair Peach, a special needs teacher, lost his life. Southall was at war.
Thirty years on and one man who remembers the unrest vividly is composer and musician Kuljit Bhamra.
“I was glued to the television screen for the most of two days, waiting for the news to come on”, he tells The Asian Today. “I remember seeing the BBC news showing clips of the streets in Southall that I knew so well. It was strange seeing them on TV.
“I was too scared to go out. It felt like a war was taking place on my door step. People had pushed garden walls over in order to hurl bricks. The death of Blair Peach was a shock. I felt that the community was wounded.”
The community was wounded, but it had also changed. As a result of the unrest Southall emerged as a community determined to fight for its identity, integrity and self-respect – and for many it was here where today’s Southall was born.
Faced with racial attacks and police brutality, there was an eruption of prominent groups such as the Southall Monitoring Group and the Southall Black Sisters, determined to overcome racial adversity. 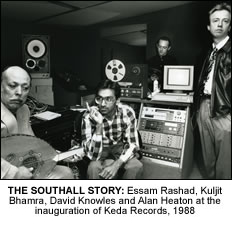 “After the uprising, there was a new sense of community in Southall like never before,” Kuljit adds. “My mother was asked to sing at many political rallies and events around Southall. I noticed leaders of various groups spring out of the community. People were holding rallies, public meetings and speeches all over the place. There was a feeling of rebuilding, a feeling of a new strong voice. Southall had become famous, the television and news had put us on the map. I felt a sense of us having overcome or conquered something – the enemy. It was a strange, but comforting feeling that somehow we were all holding hands and joining forces; the Sikhs, Hindus, Muslims and non Asians.”
On the other side of the spectrum Southall’s cultural awakening began with an outpouring of creative expression from poetry, theatre, music, art and literature. Progressive Writers Association began to explore writings in native Punjabi and there was an emergence of talented musicians and producers such as Kuljit and his mother Mohinder Kaur who introduced ‘Bhangra music’ into British culture.
“The music that came out of Southall was cutting edge,” Kuljit remembers. “Bands such as Premi, Heera, Alaap, Kala Preet, Holi Holi and so on released albums with a fresh new sound. Gurdas Maan and Mahendra Kapoor were both sent to me to produce music with my production sound. Later, Sangeeta produced a smash hit album Flower in the Wind. Punjabi style tunes, sung in Hindi with western violin orchestras playing in the background. For the first time, a woman had beaten the Bhangra-boys at their own game.” 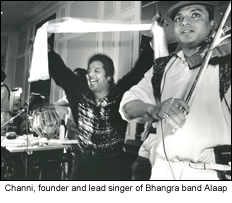 But it wasn’t just the music that was finding its own identity. Hindi films started using Punjabi lyrics, rhythms and themes. Tabla sounds were being used in Hollywood films. Indiana Jones & The Temple of Doom used many Indian extras from Southall. Bhaji On The Beach won awards and the flood gates eventual opened to a new world of theatre, film, music and poetry.
“The world wouldn’t be the same today if it wasn’t for Southall.” Kuljit says. “You just need to listen to Bollywood songs now and compare them to old film songs to realise that the rhythms and lyrics have been heavily influenced by Bhangra beats and “Balleys and Shavas”. Look around and see all those adverts and posters for events on large billboards and bus shelters…We did that!”
For more information on The Southall Story log onto www.thesouthallstory.com