Junaid Bhatti – A View from the Top 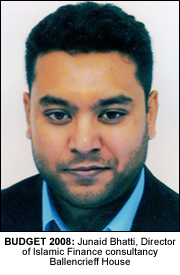 THE GOVERNMENT’S continued support for Halaal finance, as outlined in the March 2008 Budget, has been welcomed by the Islamic Finance experts in the UK.
Within the budget, Chancellor of the Exchequer Alistair Darling re-iterated a commitment to “promote the expansion of the [UK] market in Islamic finance.” He also announced measures designed “to promote the City of London as a centre for global Islamic finance.”
Junaid Bhatti, Director of Islamic Finance consultancy “Ballencrieff House”, is one of the architects of the UK’s Islamic finance revolution, and was part of the team that set up the first Islamic bank in the Western world. He explained the significance of the Chancellor’s plans.
“Promoting ethical financial conduct is at the core of Islamic principles. The Chancellor is working to create a level playing field for British Muslims who want to run their financial affairs in accordance with their religious ethics
Right now the capitalist economies are suffering severe liquidity shortages due to the global credit crunch. These economic problems are a result of irresponsible lending and the gambling of customers’ money by non-ethical financial institutions. Islamic finance is the perfect antidote to this, because it forces banks to act more responsibly and with greater prudence. It does this by balance risks between banks and their customers, and through an insistence that all transactions must be supported by tangible assets.
The Chancellor’s budget lays the foundations for the UK government to issue a sovereign Sukuk (Islamic bond) within the next year. Several measures have been announced to assist with this historic project. The main changes will be the introduction of changes to the stamp duty and taxation regulations, which will ensure that Sukuk will be given the same tax treatment as conventional bonds.
Official support for Islamic finance, through the issuance of Sukuk by a Western government, will send a powerful signal to Muslims in the UK and abroad. Muslims in the UK will be given confidence in the stability and long-term prospects of the fledgling industry, and will be encouraged to start switching their finances to the Halaal alternative. The move will also encourage more Muslims from the oil-rich Middle East to invest more of their funds in one of the UK’s four (recently-authorised) Islamic banks.”
Ballencrieff House is a consultancy firm that helps client firms reach out to minority communities in the UK and Europe. The company was founded by Islamic finance expert Junaid Abbas Bhatti. 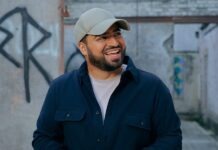 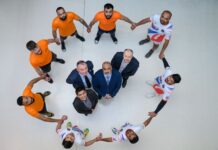 Kabaddi Part of the Commonwealth Games 2022 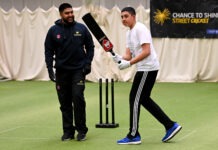 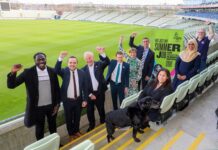 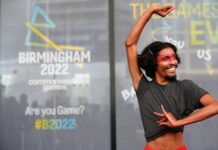 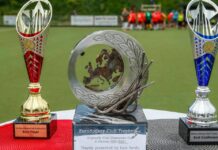