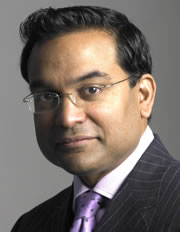 The day your child starts nursery, or steps through the child minder’s door, is a milestone not only for your child, but also for you as a parent, and increasingly families are confronting this. For both child and parent becoming a little more independent from each other is inevitably a challenging and emotional time. That’s why the decision about the type of childcare you choose for your child is one most parents don’t consider lightly – but is there enough guidance on this minefield?
Parents can consider a variety of childcare options before they make a final decision. Some may want to ensure that their little one receives one-on-one care, while others want their child to benefit from the more sociable environment of a day nursery surrounded by their peers. But whatever your family set-up or financial situation, now more than ever, due to recent changes in provision and policy, there are a plethora of childcare options to choose from which many may not be aware of.
In June and July the newly formed Department for Children, Schools and Families and will be running a campaign ‘Celebrating Early Learning and Childcare’ which aims to promote the benefits, range and increasing affordability of childcare among parents. Throughout the country, providers of childcare are opening their doors to parents who aren’t currently using childcare as well as those parents who already use their services. It’s a sensible way to look at the options available and have a chat about how it might work for you.
Some parents feel trepidation at the idea of putting their child in formal pre-school care, and it may be that the latest psychological research could provide some guidance on this point. After all you don’t need to be Sigmund Freud to realize that early experiences could prove vital for children’s later intellectual, social and emotional development.
Jennifer Hill and Colleagues from the School of International and Public Affairs, Columbia University in the USA recently published a large study of the effects of women returning to work early in the life of their children on those children. The intriguing result, published in the prestigious academic journal Developmental Psychology was that there appeared no significant negative effects on the children’s later development if the women returned to full-time or part-time work after the child was a year old.
However studies have also shown that expert stimulating childcare can help children to develop their confidence, social skills and independence. Research by The Effective Provision of Pre-School Education Project (EPPE) showed that pre-school provision for under fives impacted positively on the way that children felt about themselves and how they treated others. The study also showed that a child’s development increased when they spend time with other children from different social backgrounds.
In addition, studies show that children aged between two and three years old who attended registered childcare were more able to cooperate and mix with children their own age when they did start school. Conversely, independence and concentration levels were lower with children that did not have regular childcare experiences.
This advantage is even more pronounced with children from deprived backgrounds, who significantly benefit from the specialised support provided in pre-schools, such as reading or language skills, particularly if English is not the first language spoken at home.
The EPPE report studied over 3,000 children and found that one in three children from a disadvantaged background had the potential to develop learning difficulties prior to starting school. However this fell to one in five by the time they started school if given high quality learning experiences in childcare.
But formal childcare doesn’t just help the child; pre-school childcare provision can also benefit families’ welfare. For many parents, childcare offers a chance to retrain, take up or get back into employment, which can be a financial lifeline.
The Government is also investing more money in Sure Start Children’s Centres, which are one-stop shop for the under 5s and their families. The Centres provide family healthcare, outreach services, integrated early education and childcare and link through to training and employment. Additionally, other services such as extended schools and holiday clubs are growing and are a safe place for older kids to have fun and develop.
And childcare isn’t as expensive as many may think. All three and four year olds are entitled to 12.5hrs free early learning a week for all three and four year olds, 38 weeks a year. Parents can also reduce the cost of childcare through the childcare element of Working Tax Credits
It is my belief that the issue amongst child psychology experts is no longer whether childcare is bad or good for children – the issue is the quality of childcare available. No-one quibbles with the fact that low-quality childcare is bad for kids, while high-quality childcare can be a benefit, particularly for families more likely to be struggling to cope with difficult circumstances.
There is also now good evidence that the extra income brought in by working mothers has indirect and direct benefits on those children.
So, why not look into what you might be missing and how you and your child might benefit from childcare? To find out more about the options in your area, phone 0800 2346 346 or go to direct.gov.uk/childcare.
Dr Raj Persaud is a Gresham Professor for Public Understanding of Psychiatry and Consultant Psychiatrist at the Bethlem Royal and Maudsley Hospitals NHS Trust