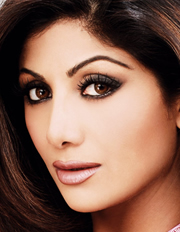 On holiday in India last year, Corey Goldberg unexpectedly found himself cast in a small part in a Bollywood film. It was a case of being in the right place at the right time, as Corey was whisked away to a film studio in Mumbai (formerly Bombay), dressed in a garish costume, and given a couple of lines of dialogue to deliver.

Corey recalls that the day involved a lot of hanging around on the set. Between takes, he recollects, ‘A stunning actress came and sat on the sofa beside me. I had no idea who she was, but she looked amazing. We chatted for a while, and I couldn’t take my eyes off her’. Their conversation came to an end when the director called her away for her next shot, ‘but she happily posed for a holiday snap before she left’ smiles Corey.

Months later, sitting down to watch Day 1 of Celebrity Big Brother, Goldberg was stunned to see sixth housemate Shilpa Shetty entering the house in a pink sari; and realised that this was his Bollywood dream girl.

Shilpa’s arrival in the Big Brother house was greeted with blank stares and a general lack of recognition. One or two of the house mates were probably thinking… could this be another Chantelle? Pretty girl with blonde extensions claims she is in a girl band, fools the housemates, and goes on to win the competition. Pretty girl in a sari declares she is big in Bollywood. The producers will try any new twist, suspicious housemates think. However, Goldberg, 31, the same age as Shetty, was excitedly jumping up and down in his living room; knowing this contestant was pukka.

In her introductory video Shilpa Shetty revealed, ‘I’m an Indian film actress and lucky enough to be one of the most well-known film actors in Indian cinema’.

Not quite, Shilpa. Yes, Ms Shetty is a genuine Indian film actress. Just ask Corey. You would be hard pushed however, to find anybody in India, who would agree that she is ‘one of the most well-known film actors in Indian cinema’.

Although Shilpa has been acting in Bollywood for almost 14 years, and has released close to 50 movies, in only a handful of films has she achieved commercial success. Her 1993 debut Baazigar (Magician) was well received, but in this film Shilpa simply dances around a bit, before she is killed off. She gained critical recognition in 2004’s, Phir Milenge (We’ll Meet Again), in which she played the role of a person living with HIV. The film, with its controversial storyline, won her several awards, but did not perform well on its release. 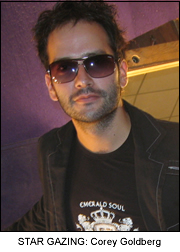 In an industry that churns out over 800 films a year, Bollywood actors tend to shoot on more than one production at a time. So whilst their output is prolific, in this crowded market, many releases flop spectacularly at the box office; and are quickly forgotten.

What this ex-model is definitely known for, is her physique. Whilst not the most talented or well known actor in Hindi Film, karate expert and yoga queen Shilpa has earned the title the ‘body’ of Bollywood. Something which British viewers will no doubt get the chance to see more of through BB’s 37 cameras. There is speculation that this body has been achieved with the help of plastic surgery, though the actor will only admit to having had a nose job.

As an animal rights supporter, Shetty has fronted a campaign for PETA locked in a cage, wearing a leopard skin cat suit. She is also an activist for HIV charities in India, and worked on a short awareness raising film with the BBC last year.

India has its own adaptation of Big Brother entitled Big Boss, it is still in its first series, and is made up of a Bombay mix of wannabees, has-beens and nobodies. Strict censorship laws in India mean it is far tamer than what is shown in the UK, and it has not caught the imagination of the public, as the format has in other regions.

However, India has sat up and taken notice of the first Bollywood actress to appear on Celebrity Big Brother, and the country’s media is closely following Shilpa’s time in the house. And while she may not be one of the most well-known film actors in Indian cinema, here in India, there is hope that she will become one of the most well -known reality TV stars on British television.