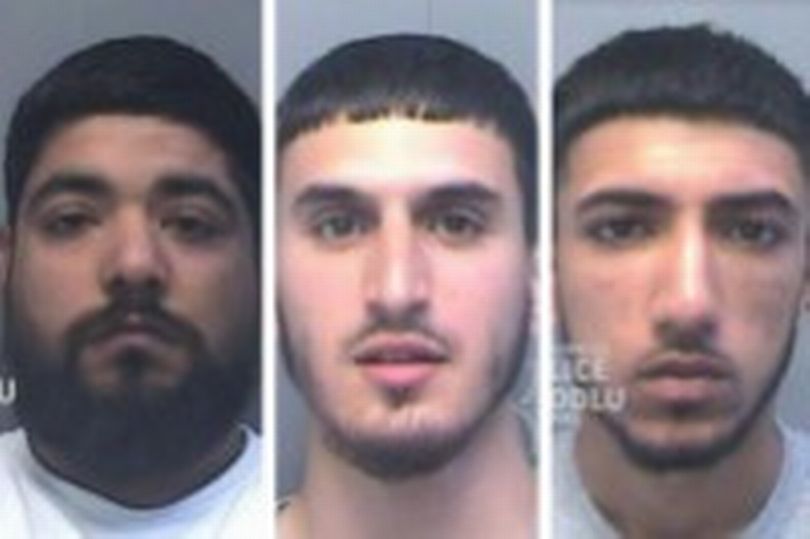 Three drug dealers have been jailed after they were caught out by a suspicious police officer in Wales last July.

Imran Ali, Majidedeen Arif and Daniel Hassan hired a car from the Hertz Depot at Birmingham Airport  and drove to Swansea when their vehicle was stopped and searched.

The police found £400 in cash, six deals of crack cocaine in a pair of shorts worn by Hassan and some pay-as-you-go burner phones containing information about their drug dealing activities.

Imran Ali, 29, of Westminster Road, Handsworth; Majidedeen Arif, 21, of Conybere Street, Highgate and 18-year-old Hassan, of Grasmere Road, Handsworth, pleaded guilty to being involved in the supply of crack cocaine when they were sentenced at Swindon Crown Court.

Ali was sentenced to 25 months in prison, Arif to three years in jail while Hassan will spend three years detention in a young offenders’ institution.

As the force’s organised crime team rushed to the scene, Ali who was driving, tried to drive away but got stuck in traffic.

Callum Ross, for Ali, said the defendant’s role had been limited to that of a driver. He said his client had some “vulnerabilities” and that his long-standing addiction to cannabis had had “a detrimental effect” on his life.

He said character references submitted to the court showed Ali was “kind, caring, generous, approachable and goes out of his way to help people”.

Syed Ahmed, for Arif, said his client had been exploited and intimidated by others and had troubles at home.

Stuart John, for Hassan, said the defendant was somebody who came from a good family who had run up drug debts after becoming addicted to cannabis  and the anti-anxiety medication Xanax during the Covid lockdowns

Judge Geraint Walters told the three defendants they had come to Swansea to sell drugs as part of a county lines gang and had been caught red-handed by a patrolling PCSO who had “smelled a rat” when he saw the hire car.

He said: “The courts are altogether too familiar with this sorry story: young men who work for an organised crime group in Birmingham who travel to Swansea intent on peddling drugs on the streets of this city.”