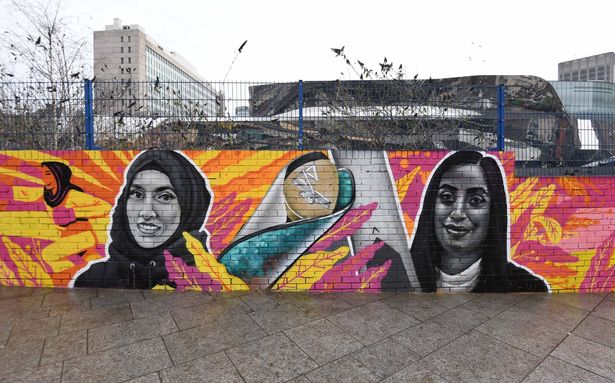 A mural has been unveiled to launch the official search for 2,022 baton bearers for the Birmingham Commonwealth Games.

The nominees chosen will take part in the symbolic Queen’s Baton Relay ahead of the Games.

Organisers say it offers people a “once-in-a-lifetime opportunity” to carry the baton in their regions as the international sporting event heads to the UK.

According to Birmingham 2022 they are searching for someone…

The baton is due to be handed to the Queen at the Games’ opening ceremony.

As part of events marking the Games, a commemorative mural has been unveiled in the city centre.

“To be on the wall in the heart of Birmingham is pretty amazing,” said Ms Abdullah.

The baton will travel through 72 Commonwealth nations and territories during the relay, returning to England to tour for 25 days through nine regions.

Sports minister Nigel Huddleston said it was an incredible opportunity to “shine a light on the unsung heroes who make a real difference to their local communities”.

Birmingham City Council’s leader Ian Ward said the role of the baton-bearers was of “huge significance” and urged people to nominate inspirational figures from their family, neighbourhood or community.

Nominations can be made for baton-bearers – who must be 12 or over on 2 June – via the Commonwealth Games website.

The Games will take place in Birmingham and across the West Midlands from 28 July to 8 August.