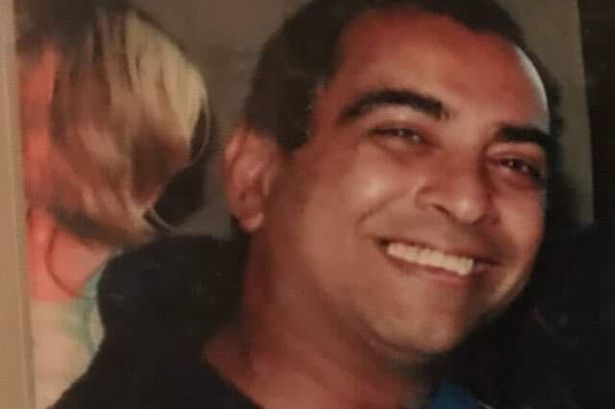 A man who was beaten to death a day after his birthday by his son with a cricket bat and metal dog bowl will be sentenced tomorrow afternoon (Thursday), after he pleaded guilty.

Santokh Singh was savagely beaten to death by his own drug addict son the day after he celebrated his 59th birthday, a jury heard

Prosecutor Richard Wright QC said Santokh Singh, known as Charlie, was desperate to move out of the family home he shared with his wife and their youngest son Phillip Badwal and on his birthday his older sons, from a previous relationship, had shown him round a new flat they had found for him.

Bradford Crown Court heard that Badwal, 25, beat his dad who suffered fractures to his skull, a broken leg and fractured ribs.

The cricket bat used was later found thrown over a fence into a neighbour’s garden and the dented dog bowl had Mr Singh’s blood on it.

Mr Wright alleged that Badwal had also kicked and stamped on his father, even changing his footwear during the attack.

“In other words, this was not one short-lived assault, but a prolonged incident in which the injured and bleeding Charlie Singh had likely crawled about the living room as the attack upon him had continued,” alleged Mr Wright.

“There in the living room of his own home Charlie Singh had been beaten to death by his own son. He had been murdered by Phillip Badwal.”

He said Mr Singh had been unhappy in the family home and his plan to move out may have been the catalyst for the attack.

Mr Wright said the deceased had regularly complained about feeling threatened in his home and had spoken about being assaulted by Badwal on a number of occasions.

He said the deceased had also complained about having to settle his son’s drug debts and being expected to go out and source drugs for Badwal.

The day before his death Mr Singh had been with his older sons and they took him to look at his new flat and gave him gifts of money and whisky for his birthday.

“Within a few hours of leaving his older sons his youngest son Phillip Badwal beat and kicked him to death,” said Mr Wright.

When the paramedics arrived Singh was already dead or dying at the property, the court heard.