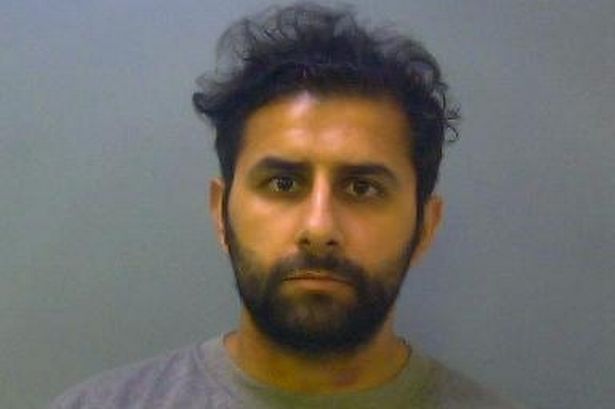 A fake doctor attacked four members of his family was jailed for 28 years after being convicted of attempted murder.

Thakor, formerly of Normanton Road, North Evington, Leicester, pretended he was a doctor for seven years then attacked his family at his mother-in-law’s house in Berkshire when he feared his secret was about to be exposed.

Thakor was sentenced following a trial at Reading Crown Court, detectives said the trauma of the ordeal would stay with the family for a very long time.

Investigating officer, Detective Sergeant Sunny Sokhi, based at Windsor police station, said: “This was a brutal attack in which Thakor tried to kill several people whom he knew by repeatedly stabbing them.

“I can only imagine how terrifying this was for his victims and what they went through that night. It is fortunate that none of them were killed, but I know that the trauma of their ordeal will stay with them for a very long time.

“It has never been clear why Thakor carried out this attack. He would not engage with our officers other than to answer ‘no comment’ during his interviews, and he refused to provide any evidence during his trial.

On May 14, Thakor attempted to murder his 34-year-old wife Nisha, his 58-year-old mother-in-law Gita Laxman and his brother-in-law Primal Laxman, 36, at a house in Wraysbury, Berkshire, by stabbing them several times with a knife.

He also stabbed his 30-year-old sister-in-law Rishika Laxman while she slept in bed.

Thakor had been leaving home every day and pretending to go to work but had in fact been spending all day in the library, reading medical books.

To maintain his lie, the prosecutor said, Thakor had pretended he had to work night shifts and left the house overnight.

Nisha Thakor took the stand at Reading Crown Court during the 10-day trial.

“I trusted him wholly. He knew this and he took advantage. He stood by as I paid our rent, food and bills. I paid for what we needed to raise our daughter.

“I paid for my own engagement ring because at the time I thought he had high tuition fees for his degree. He never paid me back.

“I did all this because I loved him and believed in him. I thought we were in it together. I paid for the belief that I was supporting his dream of becoming a doctor.