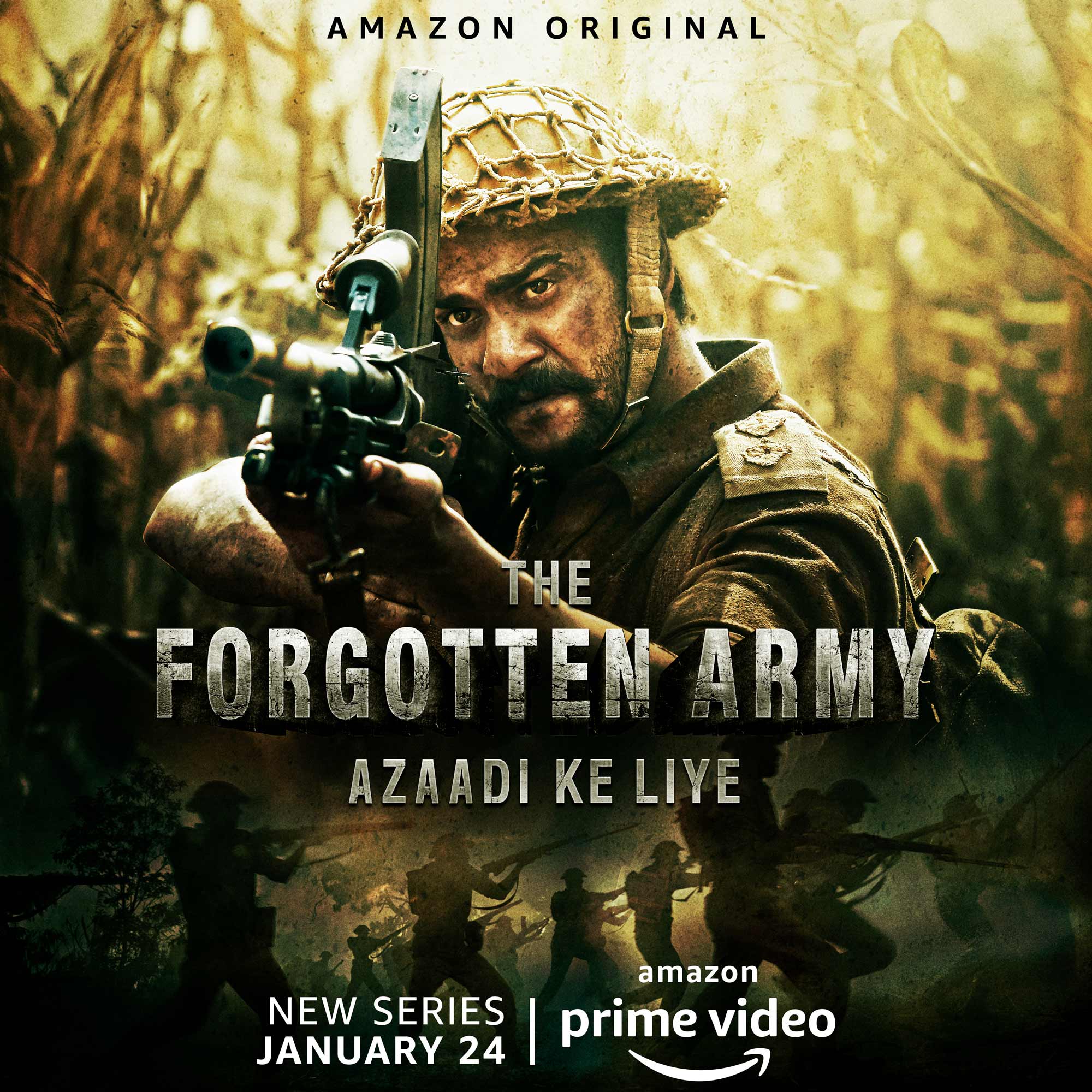 Amazon Prime Video announced the trailer launch of its first Indian Original releasing in 2020 – the highly anticipated Amazon Original Series The Forgotten Army- Azaadi Ke Liye. Created and Directed by the national award winning filmmaker, Kabir Khan, the war epic is based on true events and narrates the journey of the extraordinary young brave men and women who formed a part of the Indian National Army (INA) and fought against the British for India’s Independence. The series marks the digital debut of Sunny Kaushal and the acting debut of Sharvari in lead roles, alongside Rohit Choudhary, Karanvir Malhotra, M.K Raina, TJ Bhanu and Shruti Seth.  The Forgotten Army- Azaadi Ke Liye is set to release across 200 countries and territories on January 24, 2020, exclusively on Amazon Prime Video.

The Forgotten Army – Azaadi Ke Liye, is based on the true story of Indian soldiers who marched towards the capital, with the war cry ‘Challo Dilli’, to free their country from the reign of the British.  The Indian National Army (INA), which was forged out of British defeat in Singapore during WWII,  was led by the charismatic Netaji Subhash Chandra Bose and had the first ever women infantry regiment anywhere in the world. While these soldiers (men and women) fought against all odds and against the British army to free India, their struggle and story somehow got lost and they became ‘the forgotten army’. With the love story between two soldiers – Sodhi & Maya at the heart of it, the series raises several questions about identity, independence and the idea of motherland and the cost of freedom. Freedom, that we often take for granted but freedom that costs countless lives and sacrifices.