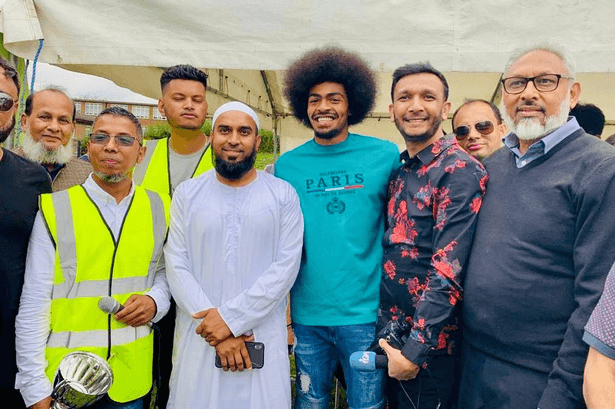 The organisers said he was happy to attend the Leicester Caribbean Cricket Club  to help support and raise the profile of the inaugural event.

Born in Loughborough to a father from Grenada and a mother from Bangladesh, the 21-year-old midfield powerhouse, still visits the South Asian country with his mum, Rafia, every year

The dazzling player, with the equally dazzling Afro hairstyle, became the first player of Bangladeshi descent to play in the Premier League when making his debut in November 2017 as a sub in a 2-1 win over Tottenham.

His presence at the event, after a gruelling and unlucky 1-0 defeat at Oold Trafford will serve to inspire young Bangladehis, said Leicester Bangladeshi Association chairman, Oyes Ahmed.

He said: “It was fantastic to welcome our very own Leicester City Footballer Hamza Choudhury.”

Hundreds of people who attended the event was heightened after a lengthy delay in his appearance, due to traffic problems in the Nottingham area where he lives.

Mum, Rafia, said:”There was a big crowd waiting for Humza when he got there, all wanting to have their pictures taken with him on their phones.”

Mr Ahmed added: “There are 13,000 Bangladeshis in Leicester and a further 2,500 in Loughborough.

“While there are smaller groups within the community, we never get together as one community and that is what today is all about.

“I want to express my sincere gratitude to all that were involved in this event as well as all that came out on the day which enabled to make the event a success.

“Without this valued effort and support none of this would be possible.

“We are hoping this will be the first of many such events.”

The day, at the Leicester Caribbean Cricket Club, in Ethel Road, Evington included food stalls, football, cricket, races and games, with dozens of trophies available to winners and free bouncy castles and other outdoor entertainment for younger children.4 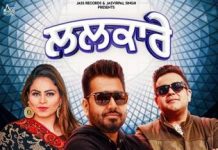