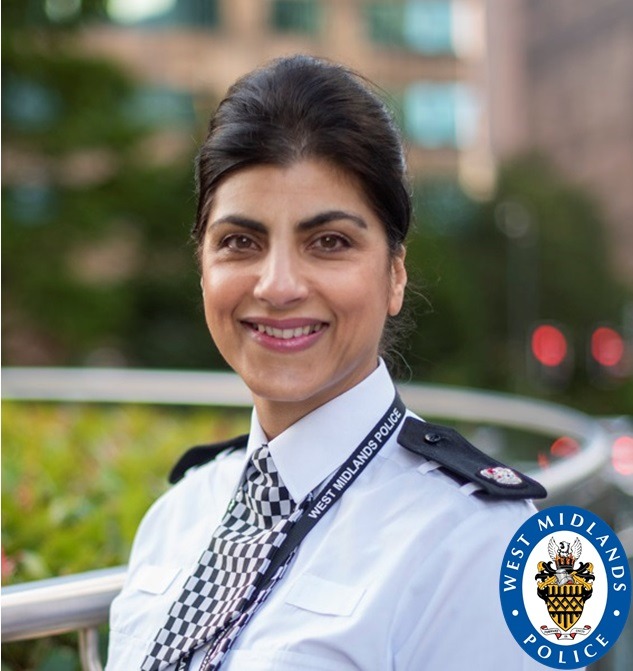 A West Midlands Police officer is the first Sikh woman to reach the rank of Superintendent after progressing her career through the force.

Harvi Khatkar has been with WMP for 25 years and has fulfilled a wide range of roles including neighbourhood policing, response, offender management and force incident manager. She is a firearms and public order commander.

Harvi has made her mark across the region after spending time based in Birmingham, Dudley, Sandwell, Walsall and Wolverhampton as part of her rise through the ranks.

She was the most senior BME officer in Wolverhampton before becoming part of the WMP2020 programme to help create a more modern, agile police force for decades to come.

Harvi – who is also the force’s business crime lead – went through a rigorous promotion process before successfully being named as a new Superintendent.

But the modest officer does not consider herself a role model; although she hopes her achievement will inspire others to pursue their own ambitions of a police career.

She said: “It is a real privilege and I have been a police officer in the West Midlands for 25 years now and, although it hasn’t been without challenges getting to this point, I am delighted to have this opportunity.

“I do feel a sense of pride at being the first Asian woman to reach the rank of Superintendent.

“The best thing about being a police officer is no one day is the same, you face varied situations.

“We are a diverse police force with a range of different cultures so I have no doubt there will be many more women, and men, from a BME background who will continue to rise through the force in future.

“If others see me as an inspiration then I am honoured, but the main thing is to follow your own ambitions, work hard to achieve them and be yourself.”

WMP is currently staging its largest recruitment drive in years, as the force seeks to build on a national campaign intended to attract thousands of potential applicants to consider a police career.