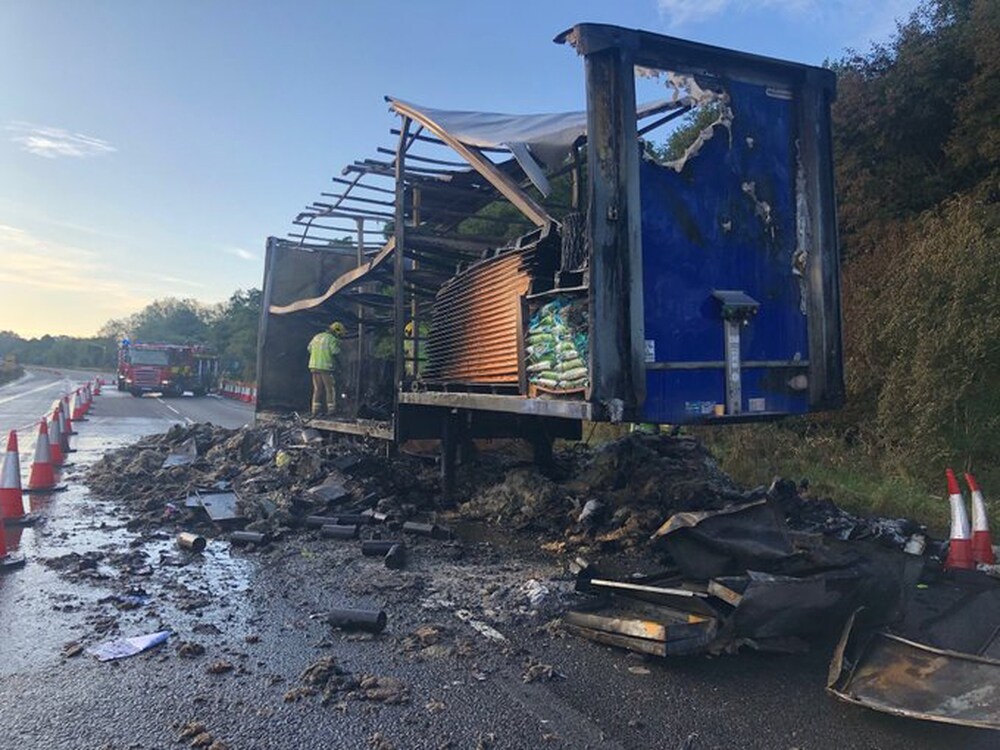 The motorway was completely shut northbound between Junction 14, near Stafford, and 16 for Stoke North at around 3.15am today after the vehicle burst into flames.

Three fire engines, and around 15 firefighters, from Staffordshire Fire Service were sent to the scene and were still fighting the fire, inside the trailer of the HGV, at 6am.

They are currently still watering down the scene and are waiting for the recovery of the vehicle, which has been burnt to a shell.

Highways England confirmed resurfacing work needs to be carried out on the section of the M6 after the blaze caused damage.

Frank Bird from Highways England said the fire which engulfed the lorry was burning for nearly four hours before crews were able to extinguish.

“There was a lot of heat damage so it’s very likely that some of the surface may need to be ripped up and then resurfaced during the day,” he told the BBC.

The load of empty plastic bottles and cans made for a “ferocious” blaze, he added.

Traffic is now moving on the M6 but commuters face an hour of delays with tailbacks of around eight miles, stretching back to Junction 13.

Highways England tweeted: “Due to the HGV fire on the M6 northbound J14 – J16 there are currently delays of at least an hour above normal journey times on the approach to J14. Approx. 8 miles of congestion.”