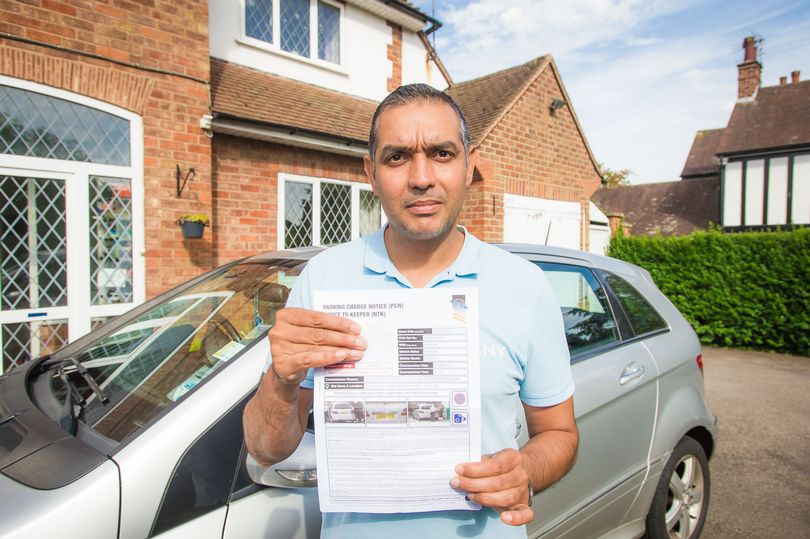 A couple from Leicester were given a £100 parking fine at East Midlands Airport’s petrol station have called the rules “draconian”.

Saj Sayani, 47, was travelling back to East Midlands Airport on August 7 and had planned for his wife to pick him up.

Mr Sayani asked his wife to collect him at around 10.15pm but he had arrived 15 minutes early.

Speaking to Leicestershire Live:he said: “She was still driving when I called to let her know but mentioned she needed fuel, so I suggested she go to the petrol pump to fuel up and I would meet her there with a lady I had met on the plane who was also travelling to Leicester and I had agreed to drop off in Leicester.

“When my Mrs arrived at the airport I was already waiting for her and when she pulled into the petrol pump she proceeded to fill up.”

“If this regime is in place, the signs should be clearer and people warned more effectively.

“The signs are actually at knee height next to each petrol pump, and you have to find them to read them.

“So this seems like an attempt to catch out and profit from people rather than warn them.

“I think this is grossly unfair as we were using the petrol for the correct purpose – to fill up – albeit we were not aware of the draconian and unfair rules that are in operation there.

“The airport make it impossible for you to park without it being extortionate for the time you are allowed to wait.”

Mr Sayani travels frequently and uses many airports such as Bristol and Heathrow.

These airports, he said, have areas where you can park for free for a short amount of time to pick people up.

In response Mr Sayani’s  complaint Vehicle Control Services, who issued the fine said: “There is signage at the Fuel Station warning motorists that there is “Strictly No Drop Off or Pick Up at the Fuel Pumps”.

“It is clear from the CCTV footage that 2 passengers carrying light luggage were being picked up and therefore the driver was in breach of the advertised terms and conditions for stopping at the fuel pump.”

“We would also highlight that Derbyshire Live recently sent a reporter to view the signage and the following was subsequently published:

“We have received an appeal in relation to the parking charge which is currently receiving our consideration.”

The Pax Group, which own the petrol station, said last month that the behaviours of motorists were having “a negative impact on the business.”

A statement also said that motorists picking up or dropping airport passengers off at the petrol station was causing a “serious health and safety concern”.