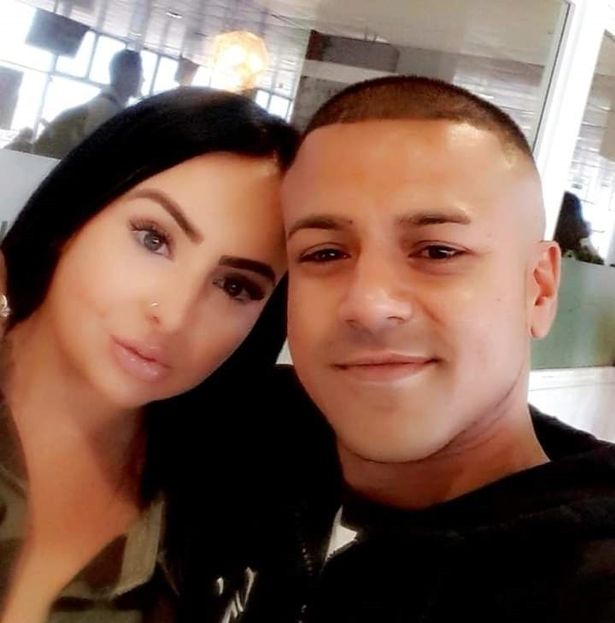 A dad of a three-year-old son is fighting for his life after suffering a brain aneurysm on holiday in Ibiza.

Shannon Hacche, 25, and her fiancée Abdul Salam from Loughborough, 35, jetted off to the White Island on August 12 to see star Craig David perform for an Ibiza Rocks pool party.

The couple were due to return home on August 17, to their son Zain who was staying with his grandparents.

Just hours before there flight Abdul collapsed to the floor and became unresponsive.

“There were no signs of anything,” said Shannon. “Abdul went to the shop and came back at about 8pm whilst I was packing and he just collapsed to the floor

“A couple were nearby and put him in the recovery position whilst I went to reception and called an ambulance.”

Shannon said she wasn’t allowed in the ambulance so followed behind in a taxi as he was transported to a nearby hospital.

“I thought he was gone,” she said after a doctor came to her and said he had an aneurysm that had burst.

“He did have an aneurysm in 2012 which was extremely serious and that was coiled in Nottingham at Queens Medical Centre.

“He has had check ups every six months since then but he’s been mostly fine.

Abdul was transported to Palma, Mallorca, by air ambulance where he remains in an induced coma.

Shannon and the rest of the family are taking it in turns to travel to Mallorca to be by Abdul’s side.

Shannon said: “It has been horrible, but the doctors have been amazing and our family have been so supportive.

“We’re all kind of taking it in turns to fly out there, but it’s costing a lot.”

It’s not known how much longer Abdul will be in treatment at the hospital abroad.

Lately he has been diagnosed with a lung infection and doctors are slowly taking steps to wake him up.

But Shannon says because of his age and the progress he is currently making he has a good chance of surviving: “It’s going to be a long process and I’ve been told that they have had people not wake up from this.

“They need to do a brain scan to see if there’s brain damage.

“I just want my family back together.”

Before travelling the couple took out travel insurance as well as a European Health Insurance Card, meaning any treatment will be paid for by the British Government.

However, the length of time Abdul will spend in hospital is very much unknown.

Shannon has now set up a Gofundme page because she doesn’t have the funds to be able to go back and forth for however long Abdul is being treated in Mallorca, while transporting him back to the UK remains too difficult.