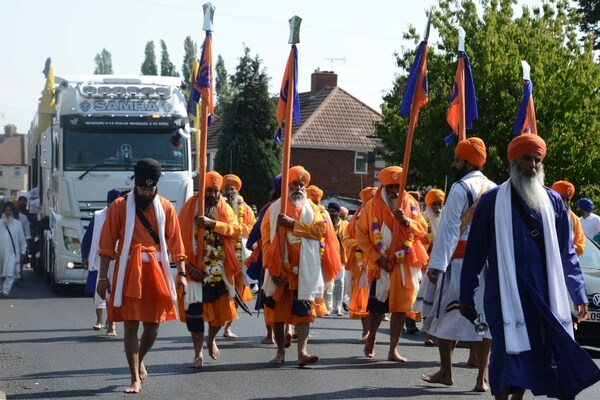 Thousands of worshippers came together, ahead of a parade to celebrate the 550th birth anniversary of Guru Nanak Dev Ji in Oldbury on Sunday 25 August.

Guru Nanak Dev Ji was the founder of Sikhism and the first of the 10 Sikh Gurus, with his spiritual teaching laying the foundations on which Sikhism was formed.

Celebrations of the anniversary of his birth have been taking place all over the world. 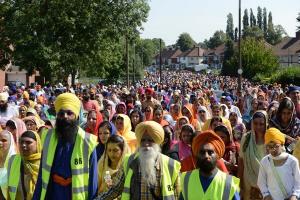 Prayers were made on Civic Square in Oldbury before the parade began around the streets of Oldbury and Smethwick.

Each of the Gurdwaras in the area were visited as part of the parade.

Harvie Singh, who works as security for Smethwick Gurdwara and took part in the parade, spoke about the significance of the birth anniversary and what it means to him.

He said: “The anniversary means so much to me and other people at the Gurdwara as without Gura Nanak, the faith would not exist.

“We try to live our lives through his principals and his teachings, so to parade with everyone means so much.”

The parade, which was a vibrant mix of colour and music, saw people of all faiths and ethnicities coming together in celebration of Sikh culture.

The parade came to an end at West Smethwick Park, where a celebration event has been going on all week.

Worshippers and local people joined together in the park to celebrate the life of Guru Nanak, with food and entertainment being provided under a massive marquee tent, and celebrations ran on into the evening.