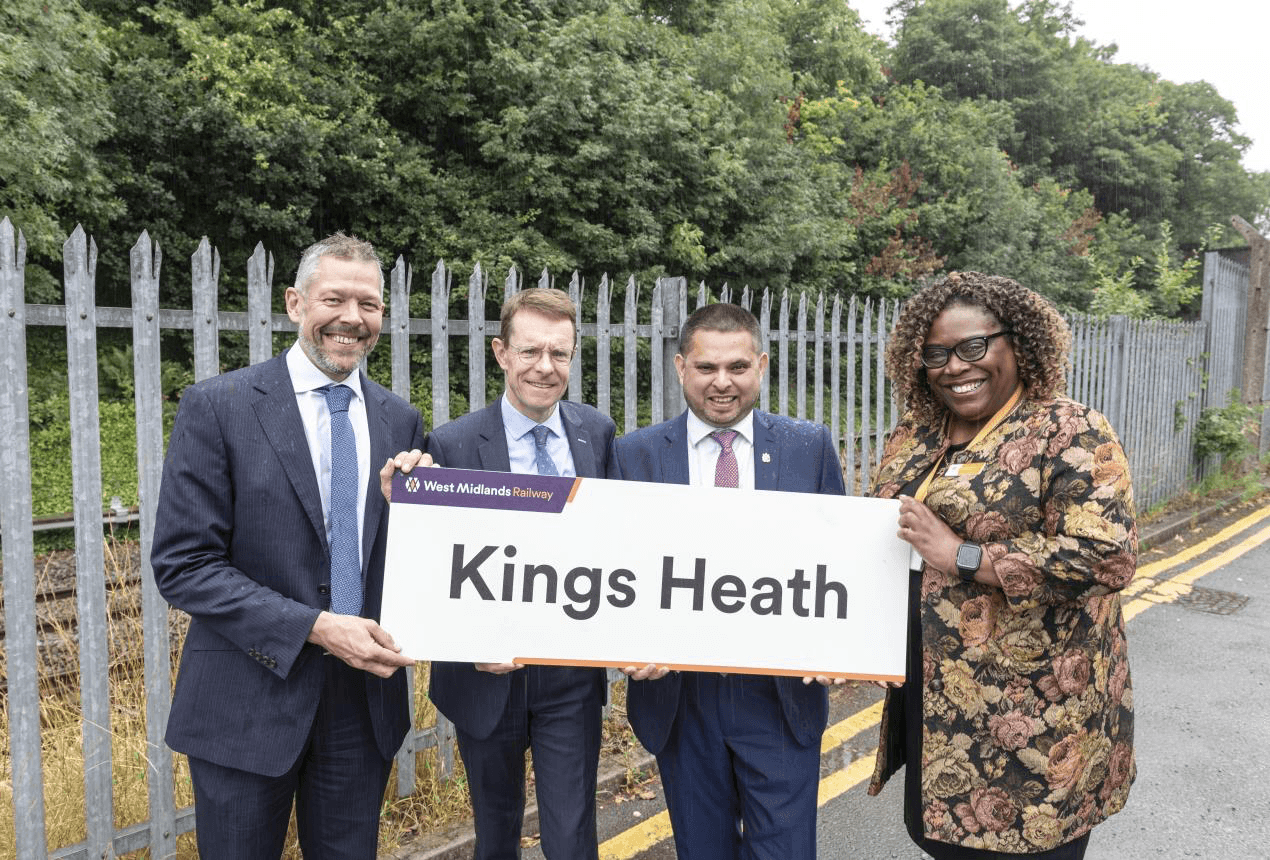 It is full steam ahead for the construction of three new Birmingham rail stations following a £15 million funding boost from the Department for Transport.

The funding is an important step in getting passenger services resumed on the Camp Hill Line calling at Moseley, Kings Heath and Hazelwell Stations.

The Camp Hill line stations closed during 1941 and since then, the line has been used only by freight and non-stop through-services.

The stations represent a significant investment in the local area and will offer better transport choice into central Birmingham, as well as easing congestion along the A435 Alcester Road and surrounding routes.

The funding comes as planning applications are set to be submitted for the Kings Heath and Hazelwell Stations after a very positive public consultation and design period. The application for Moseley will follow later in the year after further design work.

It is hoped that construction work would start in 2020, with a view to getting the three stations open in time for the 2022 Commonwealth Games.

Mayor of the West Midlands Andy Street said: “Thanks to this Government funding we can now get on with planning and building the Camp Hill Line stations in the next two years.

“This will see passenger services calling at Moseley, Kings Heath and Hazelwell for the first time in 80 years.

“It will provide residents with easier and faster connections to get to the places they need to go and will offer people a real alternative to the car – helping to ease congestion and improving the air we breathe.”

Cllr Waseem Zaffar, Birmingham City Council cabinet member for transport and environment, said:  “This is great news for the people of south Birmingham who have long campaigned to get these stations reopened.

“This, along with the huge investment in trams, buses and cycling is going to transform the way we travel as we move to more sustainable forms of transport.”