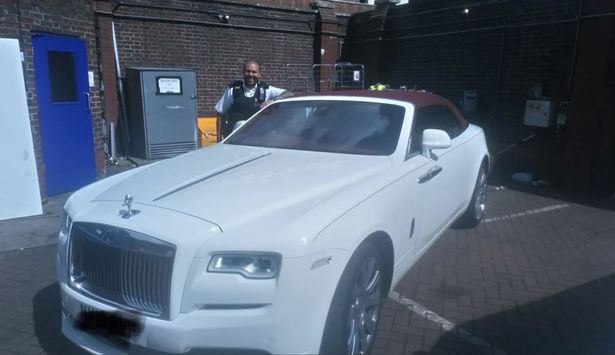 Exclusive Rolls-Royce picked up as being stolen later on seized by automatic police number plate recognizer.

As the exotic Rolls-Royce was pinched from a Birmingham company, the officers revealed that, not longer after they had seized the handmade Rolls-Royce on Sunday, at 3pm.

The magnificent motor in often driven by the rich and famous such as Tyson Fury, who dotted out £282,000 on one only last year. Officers say the Birmingham Company shall not be named as if will make a big dent for them in the near future.

A spokesman for the Met Police said: “Police from Tower Hamlets caught up with the vehicle on Victoria Embankment, where the vehicle was stopped and the driver was arrested at the scene.“The car was reported stolen by means of deception from a company in Birmingham. The MPS is liaising with West Midlands Police.

“The male is currently being detained for questioning at a North London police station.”