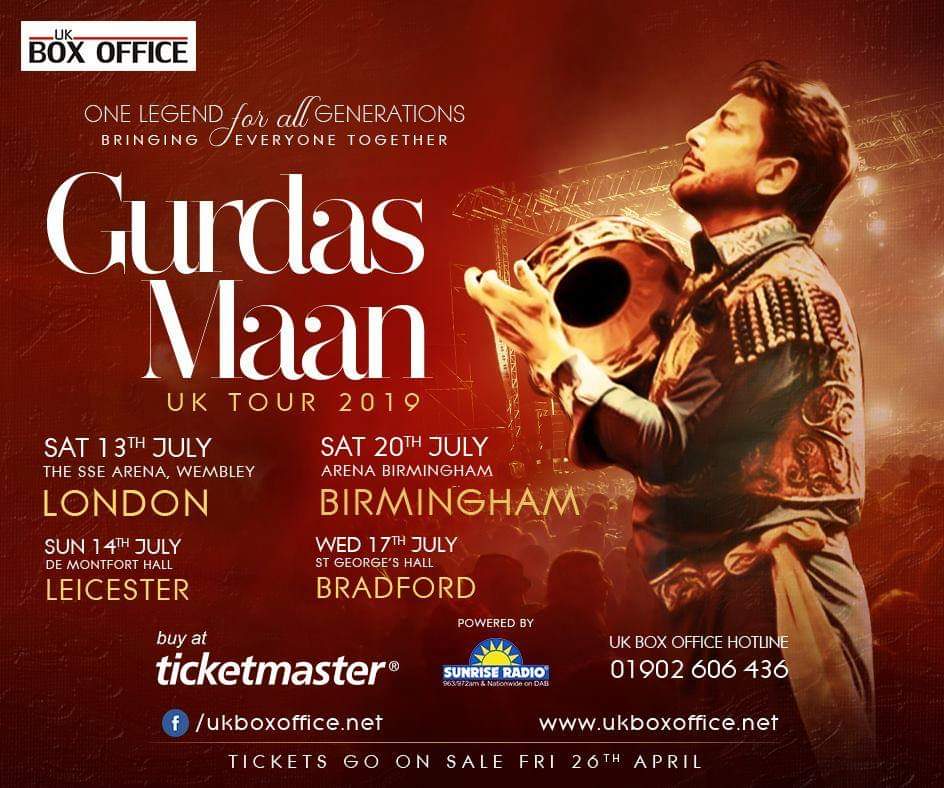 The name Gurdas Maan needs no introduction. With a career spanning over 40 years, fans of Maan Saab can be found the world over. It is not uncommon to see people of all different ages, race, religions and gender all unite in their admiration for the “One Legend for all Generations.” But it’s not just his mellifluous songs and soulful lyrics that have inspired his admirers all these years – his life’s journey is just as motivating.

His transition from a state electricity board employee to becoming the biggest name in the Punjabi industry can fill any disenchanted soul with a sense of encouragement and energy. Gurdas Maan was born to Gurdev Singh and Mata Tej Kaur, an agrarian family of Giddarbaha, Punjab. As a child, Gurdas Maan always had an unprecedented love for both music and sports. Growing up he would go on to win a bronze medal in a National Level Wrestling Championship and later even acquired a black belt in Judo!

Along with sports, he was also very active in cultural activities and would often take part in youth festivals. One such instance changed his life when he performed “Sajna Ve Sajna” during a programme organised by the State electricity board association. The officials of the Punjab State Electricity Board loved his rendition so much that they offered him a job in the department. The young Gurdas Maan took up the offer and started working with the electricity board. In spite of being occupied with a job, his love for music never took a backseat. He continued to deliver stage performances and another such stage performance was about to change his fortune forever.

Gurdas Maan was noticed by a producer of TV channel Doordarshan Jalandhar, at an event where he sang his famous song ‘Dil Da Mamla Hai’. The producer approached Gurdas Maan to perform the same track in Doordarshan’s Studio. The 23-year-old agreed and went on to perform the same in the TV channel studio.  The song aired on 31st December 1980 and an anonymous Punjab State Electricity Board Employee became a household name overnight. The legend of Gurdas Maan was born.

* Catch Gurdas Maan LIVE in concert as part of his One Legend for all Generations UK Tour 2019 brought to you by UK Box Office. For more information and tickets go to www.ukboxoffice.net