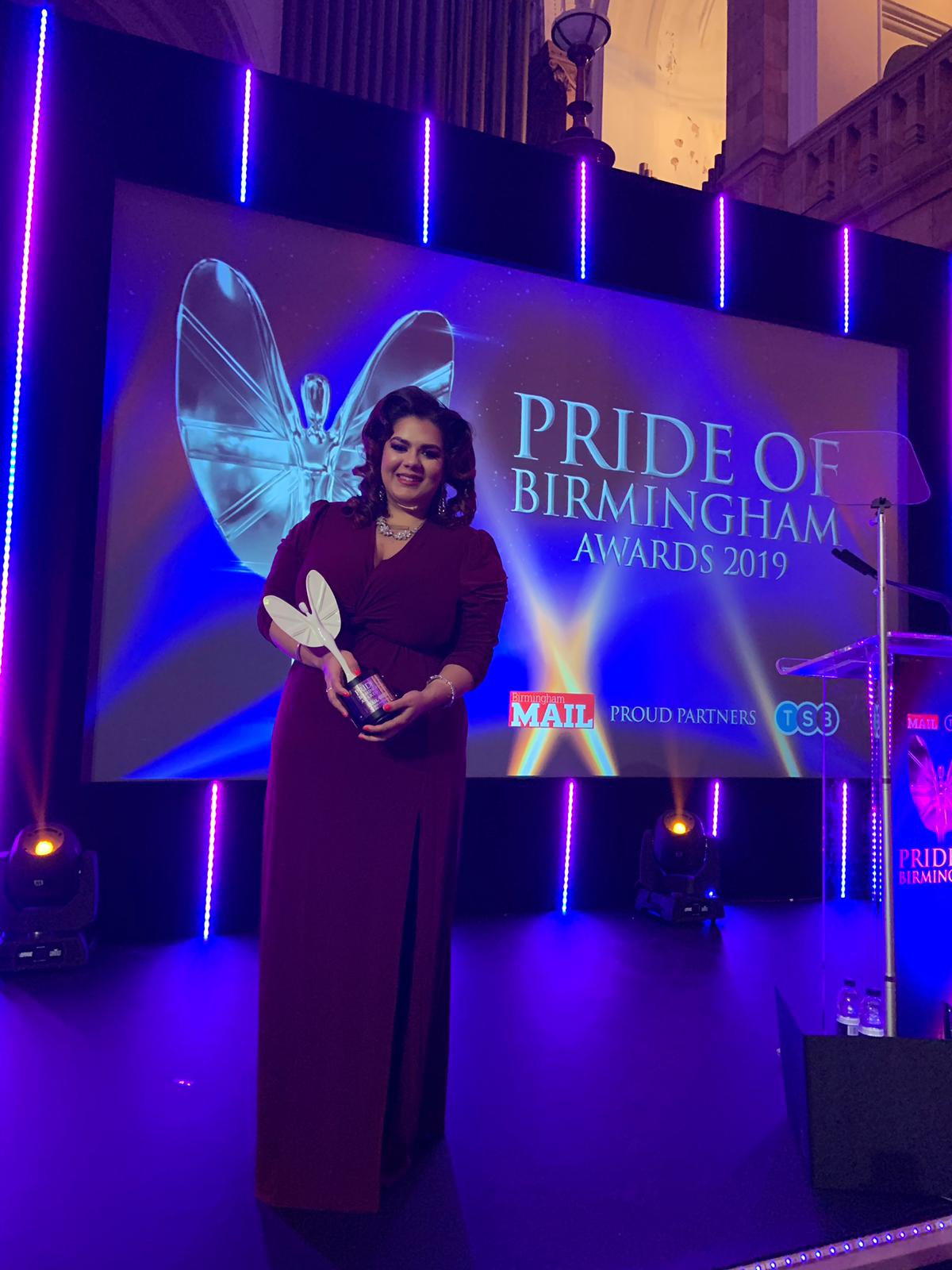 A charity founder has been given a Pride of Birmingham award for her voluntary work to tackle the taboo surrounding female health issues in marginalised communities.

It was one of two regional events of the Pride of Britain Awards that celebrate the extraordinary achievements of people and Neelam could be one of the finalists for the national awards that will be held in the Autumn.

Neelam set up Cysters in 2015 to breakdown some of the cultural barriers in Black, Asian and Minority Ethnic (BAME) communities that exist around women’s health issues, in particular gynaecological and mental health problems, following her own health experiences.

She has already received a Points of Light Award and a personal letter from Prime Minister Theresa May praising her work and is due to visit 10 Downing Street later this year. However Neelam has also been on the receiving end of much trolling and online abuse due to the work around sexual health, with many believing open conversation around sex and healthy relationships are a cultural taboo.

Neelam said: “I founded ‘Cysters’ in 2015 to combat some of the misconceptions around reproductive health following my own diagnosis of polycystic ovary syndrome. I discovered that gynaecological health was a taboo subject within BAME communities due to cultural beliefs, which can have a detrimental impact on women’s health.

“To receive such a prestigious award is a real honour, especially to be recognised alongside so many other worthy winners.”

As the charity’s founder, Neelam maintains an active online support group and delivers workshops with faith-based groups, the community and medical professionals. She recently spoke at the Parliamentary Launch of the British Sikh Report 2018 about the effects of reproductive illnesses on mental health. She was also most recently named in Birmingham’s 30 under 30 by Birmingham Live, due to her on-going community work.

Some of the more notable achievements of Cysters include,

More information about Cysters can be found at www.cysters.org.