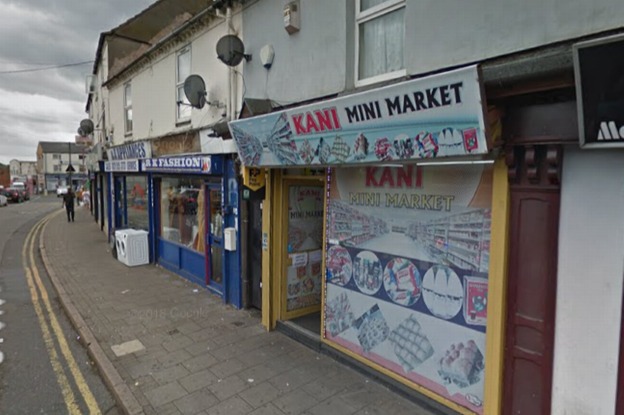 A mini market in Handsworth has been supplying fake cigarettes, an investigation reveals £8,000 worth of smuggled and counterfeit goods were seized from the back of a white Transit.

Trading Standards confirmed the van, found behind Kani Mini Market on Grove Lane, is not the first they have seized.

The owner of Kani was due to stand before a Birmingham City Council sub committee earlier this week (Monday, January 28) for a review of the premises licence.

But the hearing was cancelled with the authority later confirming the store had surrendered it voluntarily meaning they can no longer sell alcohol.

A tip-off off was received by the Trading Standards in April last year that fake cigarettes were being sold from the back of a van at the mini market.

When inspectors visited nothing was found and the shop owner was given a warning about selling counterfeit goods.

This time a man in a white van, who was a failed asylum seeker, tried to flee the area but was arrested.

Inside the vehicle officers found 1,626 packs of illegal cigarettes and 123 pouches of illicit tobacco.

They recovered a walkie-talkie on the seat along with utility bills linking the van directly to Kani Mini Market.

The seized goods included foreign brands smuggled into the country without the health warnings required by UK law, as well as counterfeit brands.

Police tried to seize CCTV from the premises but stated the hard drive had been formatted two days after the raid ‘presumably in an attempt to remove the evidence’.

PC Abdool Rohomon, licensing officer, said: “Such activities are driven by greed and are used by organised crime groups to fund activities and as such is a serious problem.

“As well as the criminal elements it also means tax revenues are reduced to the HM treasury, as the sale would not be accounted for maximising profits for the shop.”

“The provenance and safety of the products are also unknown.”

He added: “Evading duty and dealing in counterfeit goods is deemed very serious under the Licensing Act, the area the premises is situated is known for supplying illicit tobacco. Investigations are ongoing.”