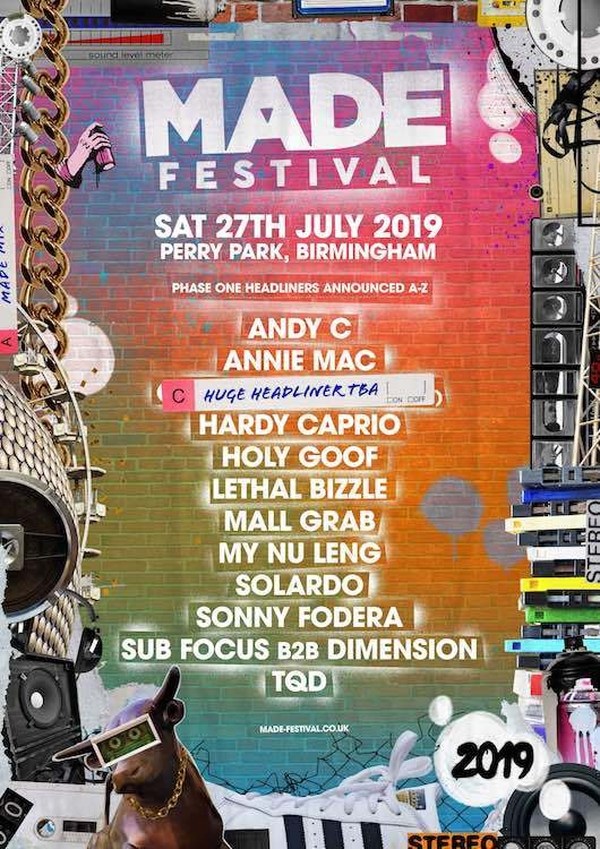 MADE Festival is back again this summer in Birmingham, showcasing an energetic lineup of house, D&B, grime and garage from afternoon till late.

The first lot of performers have been announced for MADE Festival in Birmingham, which will take place on 27th July.

This year the likes of Annie Mac, Lethal Bizzle, Sub Focus B2B, Andy C and more will play the event this summer at Perry Park for the sixth year in a row.

MADE Festival has previously welcomed the likes of Stormzy, Rudimental, Giggs, MK, Kano and Dizzee Rascal, while endorsing the biggest talents the West Midlands has to offer such as Goldie, Mike Skinner, Hannah Wants, Chris Lorenzo, Preditah and Lady Leshurr.

Pre-sale tickets is now on, and general tickets go on sale this Friday 1st February at 10am.