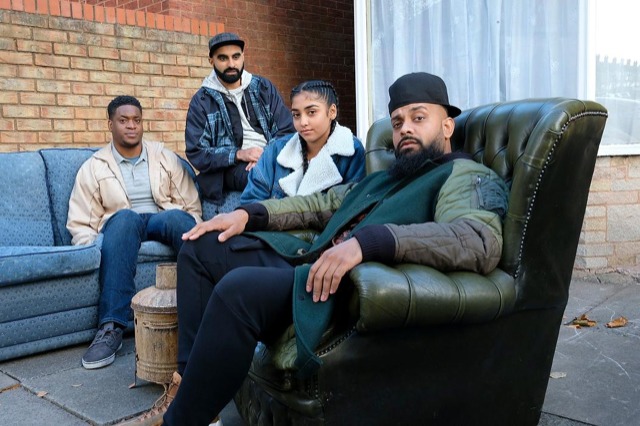 With series two just around the corner, audiences from across the UK can enjoy an exclusive preview screening of the new series of BBC Three’s Man Like Mobeen at the Glee Club in Birmingham on Monday 21st January, and will also have the chance to put their questions to the man himself Guz Khan in a special Q&A after the event.

Fans can apply for free tickets now by visiting the BBC Shows and Tours website here: www.bbc.co.uk/showsandtours/shows/man_like_mobeen_21jan19  the ballot closes at 10am on 16th January.

Man Like Mobeen, written and created by Guz Khan and Andy Milligan, follows Mobeen (Guz Khan), a 29-year-old man from Small Heath, a reported no go zone for anyone who isn’t Muslim and a hotbed for terrorist activity. In reality Mobeen, like most other people in Birmingham, knows no terrorists, and spends his personal time parenting his best friends Eight and Nate and – most importantly – his little sister and love of his family life, Aqsa. He does all of this alone, acting as a very hairy mother, father and brother figure in the hood.

Guz Khan says: “I always knew we could make something that would make working class people laugh and be proud of who we are. It just so happens that Cuthbert from Monmouth and a couple of UKIP supporters liked it as well. Who’d have thought hey?”