Home Latest Birmingham to get a new city park on site of former wholesale... 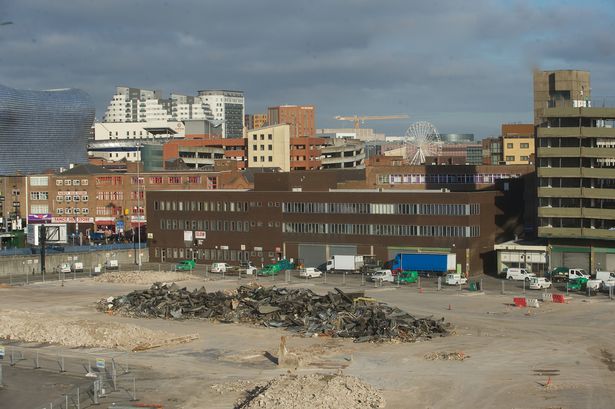 The group claims that since there is little green space in the city centre compared to other major cities like London, Edinburgh, Amsterdam and Berlin this is the ‘last opportunity’ to establish a landmark area of open and green space in the centre of Birmingham.

CityPark4Brum campaign leader Jim Tucker says: “As Birmingham continues to grow with more people living in the city centre, it is vital that green space provision grows with it.

“As well as providing an attraction for residents and visitors, city parks are known to improve public health, reduce air pollution and bring communities together.”

“I was dismayed when there was no thought for green space at all at first,” he said.

“We think the council is listening because the 2016 masterplan had more reference to green space than the 2015 vision for Smithfield.

“Now we want a place at the (council) table (because of what) thousands of people are asking for.

“You need a certain critical mass for a park. This one could be called Birmingham Markets Park and have everything from markets to pop-cinema and festivals.

“We think it should be up to to twice the size of Eastside City Park and be real focal point with benefits for local residents, businesses, visitors and the NHS.

“All these factors make sense economically as well as culturally.

“Parks and green spaces save the NHS millions of pounds each year.

“The council should now do the right the thing and act on what thousands of local people want.

“And what better way is there of introducing a clear air one for our city centre than to introduce a new green park?

“We believe that the weight of public support shows that we have earned the right to have a place at the table to work with the new developer to make this vision a reality.”

Other green spaces in and around the city include Birmingham Cathedral Square on Colmore Row – recently left as a mudbath after the first Birmingham Christmas Market was held in the grounds – and the Georgian St Paul’s Square in the Jewellery Quarter.

The city centre’s largest collection of mature trees, on Park Street opposite the Clayton Hotel (formerly Hotel La Tour), was felled in 2018 to make way for HS2.

Centenary Square will also have some new trees planted before its expected opening this summer.

But that will be at the expense of last year’s demolishing of a mature tree next to Symphony Hall in an area where the construction of high density new buildings at Paradise and Arena Central is unruly.