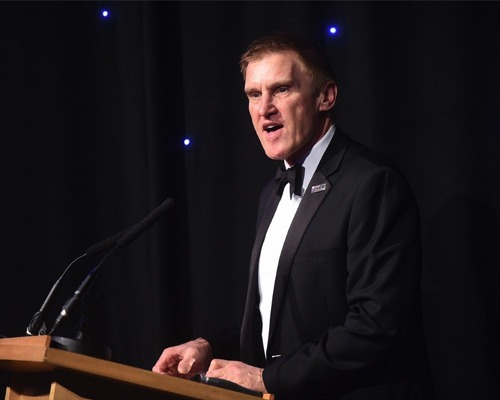 Mike, who has been the Principal at the college for 11 years, was awarded the title in recognition of his leadership in the education sector and his charity work.

Mike has successfully steered the college through two mergers between the former South Birmingham College and City College Birmingham and most recently with Bournville College. The college now has eight campuses across the city, which serves around 22,000 students and employs over 1,200 members of staff, making it one of the largest employers in the city. In addition, he has raised over £300,000 for good causes, including Teenage Cancer Trust, Macmillan Cancer Support, Help Harry Help Others, Promise Dreams and Cure Leukaemia.

On receiving the award, Mike said, “I was so surprised to hear that I had been shortlisted for this award and even more surprised to win. I’m humbled by the comments I’ve received since the award. I don’t see this as recognition for me, but for the college and the people who along with me make it successful. Everything we do at the College has students at the heart and I’m pleased that the Asian Business Chamber of Commerce has recognised our commitment to students and to the communities in Birmingham.”

Qasim Majid, ABCC president added, “Mike is not just the Principal of one of the largest and most successful further education colleges in the region, but a strong leader with relentless determination, driven by the success and achievements of students.

“An enthusiastic and selfless leader, Mike has made a huge impact on the disadvantaged community, and has often gone over and above the call of duty for the benefit of others.

“He is the ideal candidate to receive this year’s President’s Award, as he demonstrates the leadership, drive and diligence which other leaders should emulate to achieve success.”