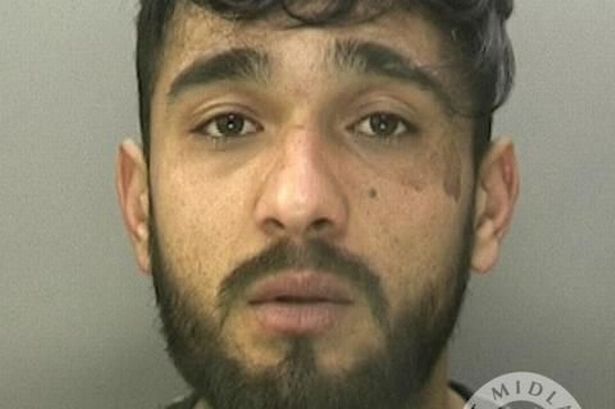 Two amateurish robbers have now been jailed after stealing an empty cash box from a security guard and parked their getaway car below a CCTV camera and one also left DNA over drinks can found in the stolen vehicle.

Birmingham Crown Court heard how the planning for the raid on a guard collecting cheques from a Birmingham city centre council office was “non-existent”.

Emad Suwaid and Shadab Zahir waited for the guard in Woodcock Street on April 11. The victim threw the cash box away as Zahir and a third accomplice charged at him. But the guard fought back as they ran back towards the Cougar, which was on false plates.

The box was empty and Zahir’s mobile phone was dropped at the scene. Police had been able to follow the gang’s movements as the car was parked directly beneath a CCTV camera.

Michael Williams, prosecuting, said Zahir had changed his clothes in a bid to change his appearance while CCTV showed him appearing to be looking for something, which was likely to be the mobile phone he had left behind.

Suwaid, 23, of Little Hill Grove, Kings Norton, and Zahir, 28, of no fixed address, had both previously admitted a charge of robbery.

Suwaid was jailed for eight years and one month and Zahir was sentenced to six years and five months.

Terry Pedro, for Suwaid, said the robbery was “not very well organised at all” and the degree of sophistication was “debatable.”

He said that, even if the cash box had something in it, it would have contained cheques from the council.

Lee Masters, for Zahir, said: “This is an unusual cash in transit robbery in that there were no weapons.

Passing sentence, Judge Richard Bond said the gang, who had gone to a burger bar after the robbery, had hoped to get a substantial amount of money.