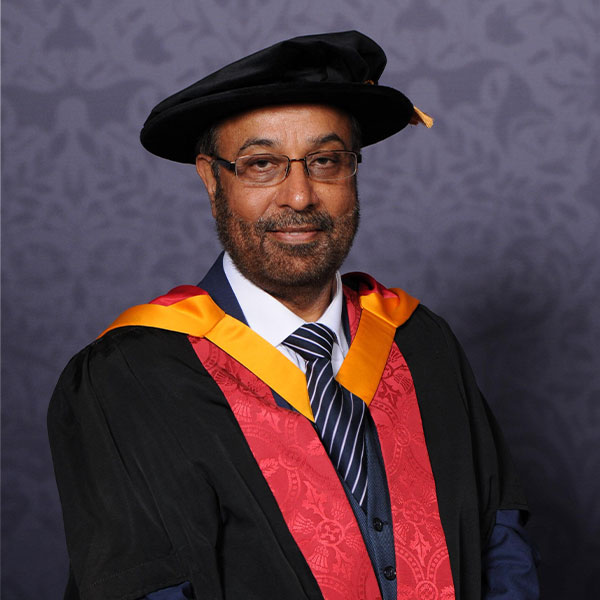 The owner Sham Sharma of Zuri Coffee received an honorary fellowship from the University of Wolverhampton.

The award, presented at a graduation ceremony on Thursday, 13 September, was made in recognition of Sham’s contribution to the University, and support of current students through a number of prizes and awards.

He said he was “thrilled” to be receiving the award and to be sharing the special day with graduates.

Sham had some words of wisdom for the graduates: “Success is not often measured by how much money you have; it can be determined in other ways. Think of being successful. Don’t be afraid of criticism or failure, it’s part of learning curve and we never stop learning.  As you journey through life, be open-minded and collaborate with others.”

Sham Sharma came to the UK in 1969, aged 12, and learnt English at secondary school. In 1977, he enrolled at the University of Aston to study sciences and started a clothing business while studying for his degree – by 1987, he had nine successful outlets.

Sham started Sunitek, an IT company, in 1997 and the business grew year on year, becoming a major supplier of hardware and software to schools and colleges in Wolverhampton.

In 2012, Sham became chair of Wolverhampton Forum. He sold Sunitek in 2014 after opening the popular Zuri Coffee in Wolverhampton serving Indian inspired street food, in 2013.

Following the success of Zuri, he plans to establish a chain of coffee shops.