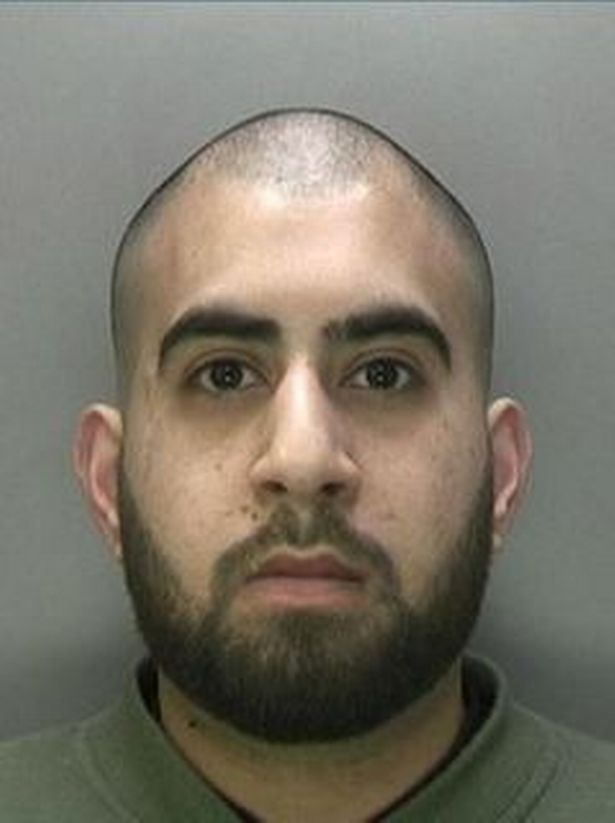 A Birmingham crook who made thousands of pounds by setting up deliberate road collisions has been jailed.

Asif Javed, 26, has been jailed for 22 months and banned from driving for three years. He was the “meat in the sandwich” between an accomplice in a car in front and the innocent drivers behind.

Javed would slam on his brakes when he would take a call from his fellow gangster and then demanded cash at the roadside from the hapless victims.

The crooks made around £8,000 in bogus insurance claims and tried to claim another £22,732, Birmingham Crown Court heard.

They also “bashed up” the car they used to make crashes appear worse.

Between April 2016 and May 2017 Javed was involved in eight crashes – the most serious of which left a driver and three children needing hospital treatment.

He was tracked down as a result of a Facebook campaign but fled to Pakistan, only to be arrested at Birmingham Airport on his return.

Javed, of Kenelm Road, Bordesley Green, had previously admitted a charge of conspiracy to defraud.

The judge also rejected Javed’s claim that he was forced to become involved after falling into debt and being threatened at gunpoint.

Delroy Henry, defending, said Javed as a warehouse worker for a firm in Solihull and only “low-level” injury had been caused.

The sentence was welcomed by police and investigators.

Det Con Daryl Fryatt, of IFED, said: “In his desperation to make money, Jawad set out on a year-long spree of deliberate crashes that put innocent members of the public at risk.

“He had no regard for the safety of those around him and crimes like his have contributed to the rise in premiums for insurance holders. His greed has resulted in another successful conviction for IFED.

“Crash for cash offences are taken very seriously and fraudsters will be stopped.”

Jason Potter, Head of Investigations at IFB, said: “Jawad was a reckless individual who forced motorists into accidents on notoriously busy roads.

“The victims in this case were innocent people going about their day to day lives and Jawad did not hesitate to put their lives in danger for financial gain.

“This sentencing should serve as a clear message to would-be fraudsters that they will pay the price for their selfish and abhorrent behaviour.”