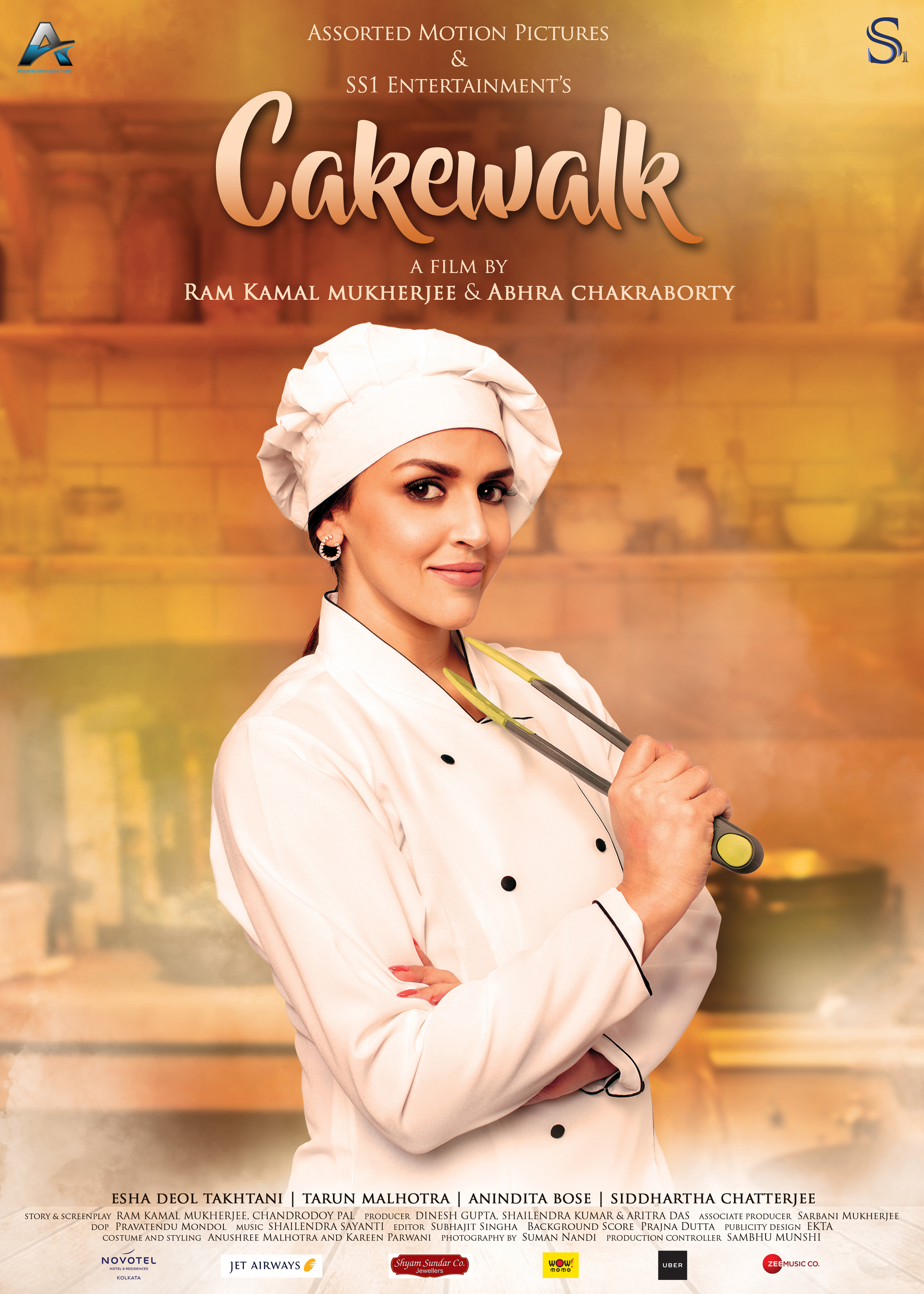 Hema Malini will be unveiled the life size poster of Esha at Montcalm Hotel in London on 31st May, in presence of media and delegates. The event has been organized by media magnet Nari Hira and Magna Publishing from India.

Cakewalk has been written by Ram Kamal Mukherjee and Chandrodoy Pal, while the music has been composed by Shailendra Sayanti. The title track of the movie has been rendered by Rupali Jagga and Shailendra Kumar. Cinematography by Pravatendu Mondol, the background has been scored by Prajna Dutta.

India’s first Power Brand Film Journalist and biographer of Hema Malini’s authorised biography Beyond the Dream Girl, Ram Kamal Mukherjee makes his debut as filmmaker in Cakewalk. Ram Kamal received many prestigious awards as veteran Bollywood journalist and as an author in India. He worked with Pritish Nandy Communication for almost 12 Hindi feature film as Vice President. Cakewalk has been shot entirely in Kolkata.

The film deals with an issue that most women across the globe will relate, mostly women from Asian countries. “I always wanted to work with Esha because she is a powerhouse of talent, and I would give entire credit to her for bestowing faith in me and my team,” says director Ram Kamal Mukherjee.

Producer Aritra Das from Assorted Motion Pictures says, “It’s definitely an honour for me, Shailendra ji and Dinesh ji, to get this privilege to showcase the first look of our maiden venture to people in London. Hema ji is a legend and we have grown up watching her films. It’s definitely a dream come true for all of us to have ‘Dream Girl’ amongst us.”