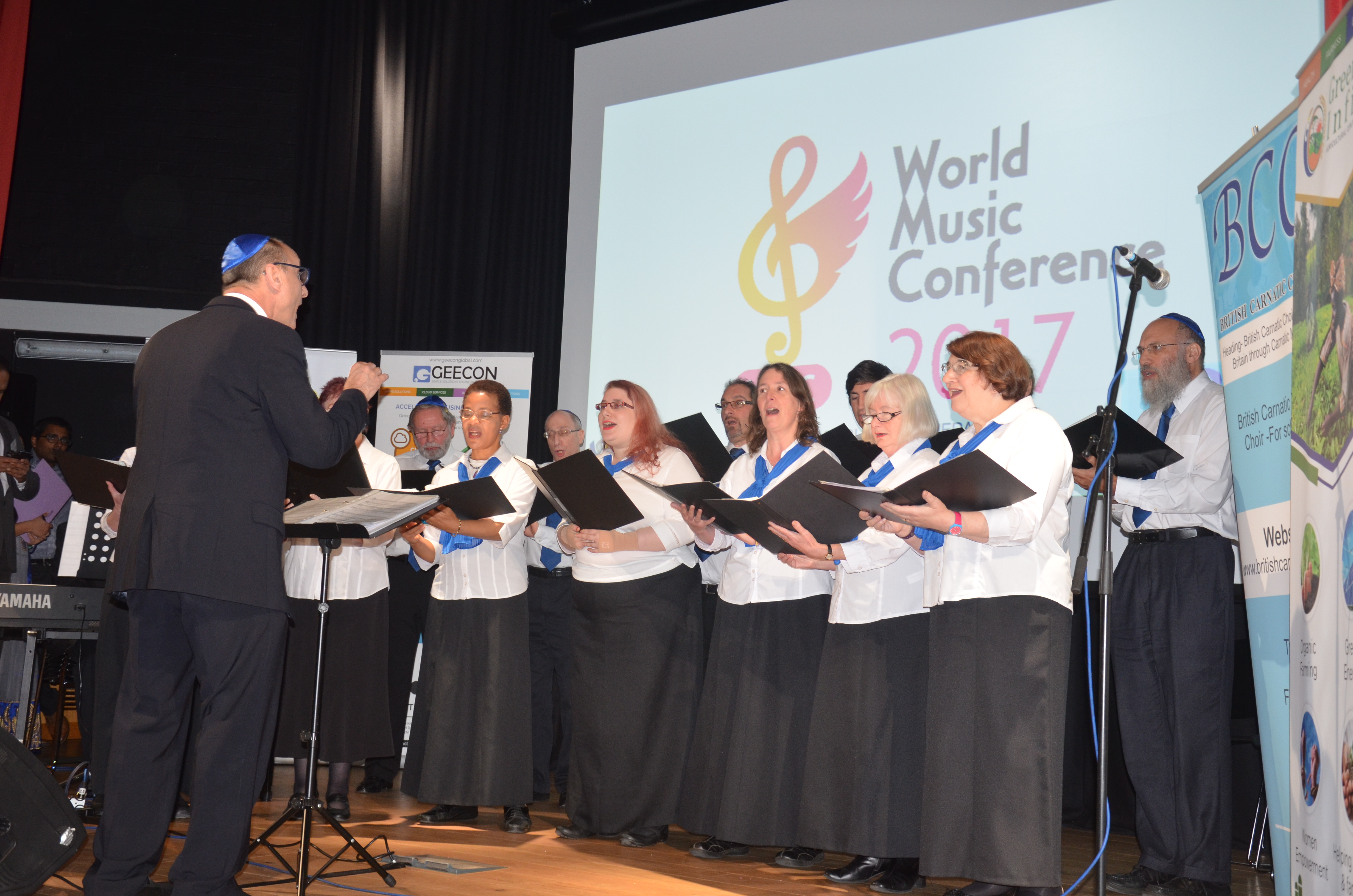 ‘The festival is unique in its aim of bringing together artists, academics and music educators from across Africa, Europe, the USA and India’ – Andy Street CBE, Mayor for West Midlands

Dignitaries from all across England and far beyond came together last night for the formal launch of the three-day inaugural World Music Conference.

Hosted by the University of Wolverhampton and organised by the British Carnatic Choir, this three-Conference aims to truly reflect the true diversity, in its broadest sense, of the vast types of music that exist within the society in which we live.

This free event, believed to be the only one of its kind to be hosted in the UK, aims to bring together artistes, academics, music educators from across Africa, Europe, USA and India.

Performing on stage last night were the amazing Kol Kinor Jewish Choir and Konnakol – the art of performing percussion syllables vocally in South Indian music, the Carnatic music performance art of vocal percussion – by members of NANDI, a popular band.

The keynote address, entitled ‘Is Music a Universal Language?’ was given by Dr Hans Neuhoff from Cologne University of Music and Dance.

Also participating over the next few days are artists from all major faith and community groups.

The Conference will particularly focus on children and young people in a bid to inspire and encourage them to consider a career in music, regardless of differences. The event is supported by several organisations and individuals, promoting all professional sectors, in particular the Cultural and Creative industries.

Among those honoured last night for their contributions and support in making this Conference possible were Professor Nazira Karodia, Dean of the Faculty of Science & Engineering at the University of Wolverhampton, Santosh Kumar, CEO of Green Valley Infinity, the charity, and the team from the Indian Consulate in Birmingham.

“This is a dream coming true. I am genuinely thrilled that this Conference is happening which would not be possible without the support of so many well-wishers. Our vision and mission is to promote peace, togetherness and to learn to respect one another for who we are and our backgrounds through music, a universal language and the glue of a harmonious and tolerant society.”

For the full programme visit www.worldmusiccconference.co.uk