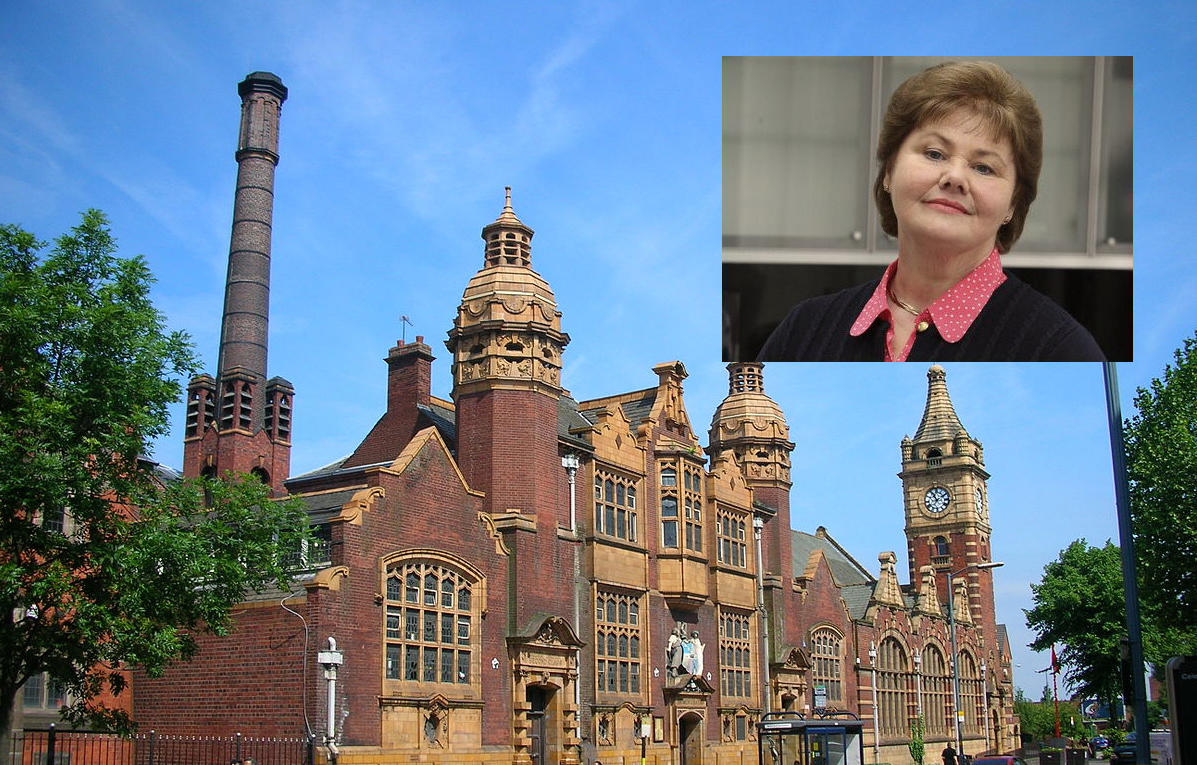 Birmingham actor Annette Badland has appeared in numerous film, TV and radio programmes including Doctor Who, Eastenders and the Archers…she also learned to swim at Moseley Road Baths!

On Sunday 5th November, she’ll be visiting to talk about what this beautiful grade II* listed building means to her, and to support the Moseley Road Baths Action Group’s Crowdfunding campaign.

Next April the Action Group, who have formed a Community Interest Company (MRB CIC), will take over the running of the baths from Birmingham City Council. They need to raise £75,000 to start operating the baths, and the Crowdfunding is the first stage in raising the funds needed to ensure they have a fully trained team ready to go. The Crowdfunder began on 11th October and is well on the way to meeting the target reaching £10,000 on MRB’s 110th birthday. 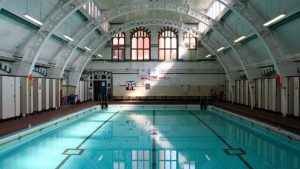 The CIC plans to operate the historic baths’ Number Two pool as a working swimming pool, and hopes, in partnership with others, to gradually re-open other parts of the building which have been closed for more than ten years. For instance, the baths’ famous Gala Pool, closed in 2003, and its slipper baths, still used by local people for washing and bathing until 2004.

Annette Badland commented “Swimming energises you, it’s a full body work-out without strain, it relieves the tensions of life, is a joyous freedom and for me it all began at Moseley Road Baths 60 odd years ago and is a gift for life. Moseley Road Baths is an architecturally important and uplifting place to be. We must all do what we can to preserve it for future generations to enjoy, adding value and fun to their lives and giving Birmingham something to be very proud of.”

Karen Leach, Chair of Moseley Road Baths Action Group said, “The baths have just past their 110th birthday and we need all the help we can get to make sure it’s not their last! Thanks to everyone who has already donated or spread the word to help save this beautiful pool.”

Birmingham City Council is working with the group to support their plans to operate the baths as a community run pool, and also with other heritage partners such as Historic England, National Trust and World Monuments Fund to plan for the longer term renovation of this Grade II* listed building.

The Crowdfunding page can be found at http://www.crowdfunder.co.uk/swimming-for-the-future-of-moseley-road-baths