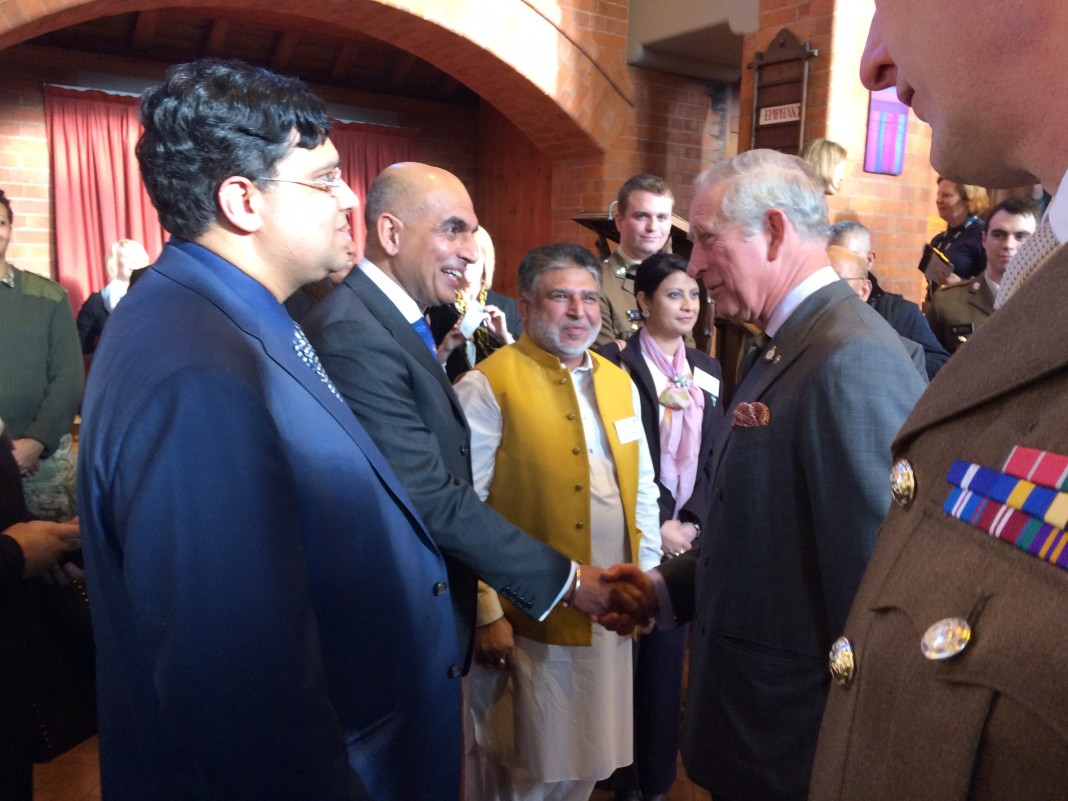 His Royal Highness The Prince of Wales was briefed on the on-going work between the Army and ethnic minority communities during a flagship national event held at St Philips Centre, Leicester on Wednesday 25th January 2017.

Army formations from across the UK showcased a range of multi-faith engagement activity undertaken last year that highlighted how they are engaging with different ethnic minority communities to build lasting connections and mutual trust.

Guests included the many community leaders that the brigades are working with to strengthen integration through dialogue and understanding. This included Sikh Union Coventry who work closely with the Army throughout the year for example the Army has an annual presence at the Vaisakhi Sports Day organised by Sikh Union Coventry and is attended by around 8,000 members of the community.

Lieutenant Colonel David Utting, Head of Engagement at HQ London District, spoke to His Royal Highness about how the London HQ is working hard to break down barriers and misconceptions in the Boroughs of London and the relationships that the Army has built with local communities.

Every external activity organised by HQ London District has a multi-ethnic and multi-faith dimension. The District also organises specific events with particular faith groups. For example, it joined the Sikh community in commemorating the Battle of Saragarhi.

The Prince of Wales also met six Cadets from 193 (Southall) Detachment, XIX Company Middlesex and North West London Army Cadet Force who spoke about life in the cadets including visits to local temples and Army units.