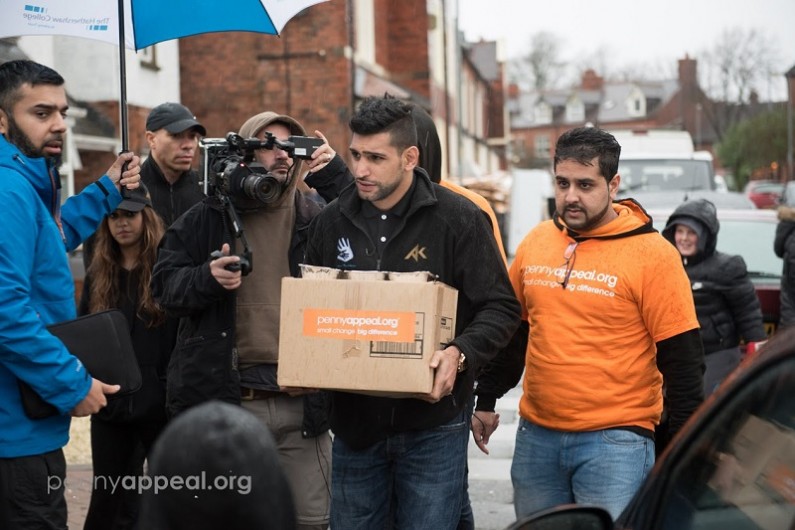 Penny Appeal, and other Muslim charities, who supported the people of Cumbria in the 2015 floods have created a positive image of British Muslims. Speaking ahead of the Carlisle Floods Expo, conference organisers Kerryanne Wilde and Sue Dust of CERT (UK) have said:

‘We were really touched by the support which Penny Appeal and other multi faith organisations, gave us before and after the floods. Penny Appeal were one of several Muslim charities that provided assistance and their aid, during that difficult and challenging time, has really improved for the better, local people’s relations with British Muslims.’

Penny Appeal will be the only Muslim charity to hold a seminar at the event.

‘It’s a pleasure to be invited to this conference’, said Director of Programmes, Harris Iqbal who will be representing the humanitarian organisation at the Expo, ‘when we saw the devastation caused by Storm Desmond, just a few hours away from our offices, we knew we had to get involved and hand out essential items. Our charity exists to stop suffering both home and abroad. In Carlisle we were able to use the expertise and skills we have developed, whilst working in international war zones and disaster areas. We were not only there for immediate support but returned to assist in the rebuilding of Carlisle. British Muslims have always made positive and valuable contributions to the community at large. I’m proud to be representing Penny Appeal at the Expo and discussing the wider contribution British Muslim charities made at this time and how we can cooperate in the future’.

During the disaster, Penny Appeal volunteers visited the area to give much needed relief and practical support. The team distributed hundreds of family food parcels and helped organise a solidarity day with world boxing champion Amir Khan serving hot lunch to locals and handing presents to young children from the flood-hit area. They continued their commitment, after the floods. Volunteers returned to the area last year to host events, including a ‘Meet & Eat’ session for the vulnerable and homeless. The team spent two weekends redecorating Greystone Community Centre and the home of George and Diane Russell on Corporation Road.