First established back in 2013, the Asian Media Awards aims to “celebrate excellence in the media.” Sunday 27th October saw the latest awards show, recognising and awarding everyone from journalists to internet bloggers, TV presenters to PR experts and more.

The awards are now in their fourth year and were sponsored by the University of Salford. The ceremony was hosted by ITV London broadcaster and presenter Nina Hossain and featured a special message from musician and philanthropist Annie Lennox to support charity partners The Asian Circle and Oxfam.

Channel Four presenter Fatima Manji was named Media Personality of the Year on the night.
Art Malik was presented with the Services to British Television and Film award by all three sisters of the late Sophiya Haque – Aisha, Sayera and Suraya – whom the award is named after.

Coronation Street actress Shelley King was honoured with the 2016 Outstanding Contribution to Media award. The award came 50 years after she first came to the UK from India as an aspiring actress. 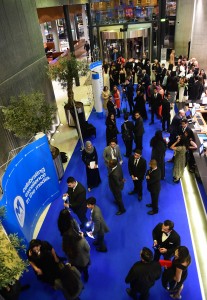 The Best Investigation category featured work by an all-female list of reporters, producers and directors. It tackled a wide range of work including climate change, forced marriages and extremism. The award went to ‘ISIS: the British Women Supporters Unveiled.’

Kaamil Ahmed was named the University of Salford Outstanding Young Journalist of the Year.

BBC Newsnight won the TV Report of the Year award for their two part piece – ‘The Asian Women Stopped from Becoming Councillors.’

Nitin Ganatra who plays Masood Ahmed in Eastenders was presented with the Best TV Character honour.

Star Plus were named TV Channel of the Year for the fourth year running.

Ambreen Razia was named the AMA Best Newcomer and 2015 Best Video Channel winner Parle Patel was on hand to present the 2016 honour to Glasgow based vlogger Rahim Pardesi.

The BBC drama Murdered By My Father was a hit with audiences for it’s gripping and tragic tale.

Murdered by My Father, a BBC Studios Production for BBC Three was named Best TV Programme.

In the radio section Sunrise Radio won the Radio Station of the Year award for the first time ahead of three time winners the BBC Asian Network.

The BBC Asian Network did pick up the best Radio Show category with Bobby Friction and his team winning a strong category.

Yasmeen Khan was named Radio Presenter of the Year and Sunrise Yorkshire won the Regional Radio Station of the Year award.

BBC Asian Network won the Best Live Event category whilst Wipers, a production which honours the sacrifices of Asian soldiers in the first World War was named Best Stage Production.

Media Hive were named Media Agency of the Year and Anjna Raheja collected the Media Professional of the Year award.

The Publication of the Year honour went to Asian Wealth Magazine and Jay Shetty won the Best Blog category. The Best Website award was won by sister-hood.com.

The University of Salford are premier sponsors to the 2016 events and partners include ITV, MediaCom, Press Association Training and the Manchester Evening News.

The official charity partners for 2016 are The Asian Circle and Oxfam. 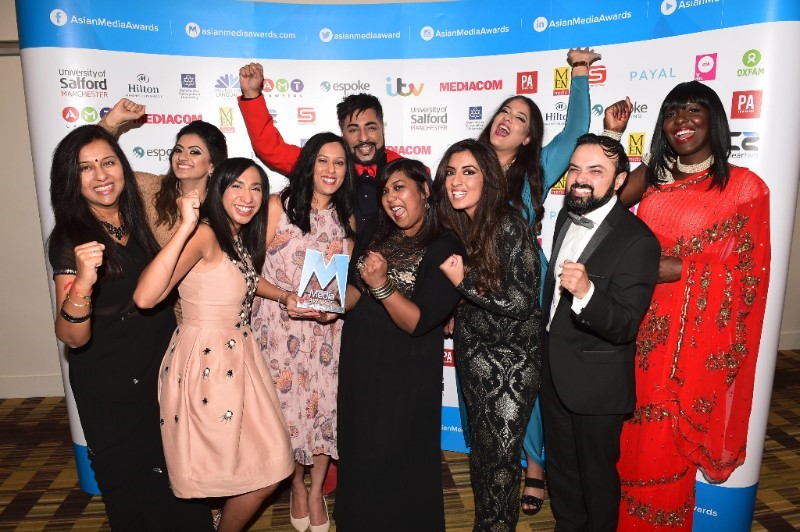