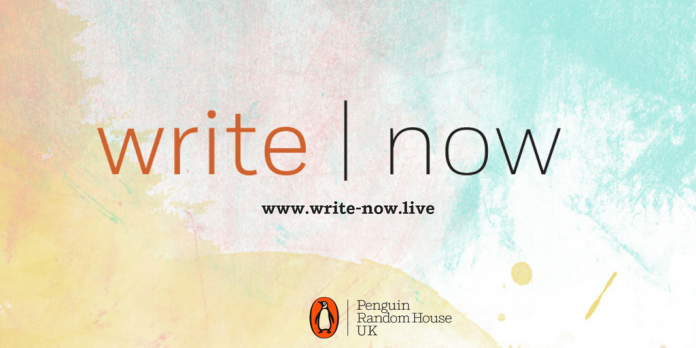 A campaign to find, mentor and publish new writers from communities in Birmingham and the West Midlands that are under-represented on the nation’s bookshelves is launching today.

WriteNow is offering 150 marginalised writers one-to-one time with editors, access to literary agents, booksellers and published authors, including Birmingham’s Kit de Waal, author of My Name is Leon at regional events in Birmingham, Manchester and London. Ten exceptional writers will go on to benefit from a year of mentoring with Penguin Random House, the UK’s biggest book publisher, with the goal of having their book published.

WriteNow aims to find unpublished writers that are under-represented in books and publishing. This includes writers from a socio-economically marginalised background, LGBTQ (Lesbian, Gay, Bisexual, Trans, Queer) and BAME (Black, Asian, Minority Ethnic) writers, and writers with a disability.

Penguin Random House has joined forces with Writing West Midlands, a charity that supports creative writing in the West Midlands, to launch WriteNow.

Kit de Waal, Birmingham author of the debut novel My Name Is Leon, said: “If you’re from a marginalised community, whatever you’re writing about, your writing will be informed by your experiences. Those experiences need to be out there. They need to be on the shelves so other people can read them. So other people can say: ‘Publishing is about my life. Publishing represents me. I have stake in this. And I have something to say’. That’s why I’m delighted to be involved with WriteNow.”

Jonathan Davidson, CEO, Writing West Midlands said: “This opportunity for marginalised writers in the West Midlands is of enormous importance. We have some wonderful local writers and the challenge has always been to give them the skills and confidence to present themselves to a largely London-based publishing industry. WriteNow effectively brings that industry to Birmingham and the West Midlands. The long-term benefits will be very significant.”

Tom Weldon, CEO, Penguin Random House UK, said: “Books and publishing simply do not reflect the society we live in. Not only is that bad for the future of books, reading and culture, but it’s also a commercial imperative for us to change. If we don’t, we will become increasingly irrelevant.

“One of the many joys of reading is being able to make a personal connection with an author’s distinctive voice, but we know some voices aren’t yet being heard – particularly in regions like the West Midlands. Our job at Penguin Random House is to connect readers with the stories, ideas and writing that matter. So if you’re sitting on a fantastic manuscript, we want to hear from you.”

Unpublished, marginalised writers in Birmingham and the West Midlands can apply to attend the WriteNow event on Saturday 26 November by visiting www.write-now.live and submitting a sample of their work.

WriteNow London took place on 1 October, attracting more than 1,000 applications. Another regional event will take place in Manchester in February.