Home Desixpress Keeping It In The Family! 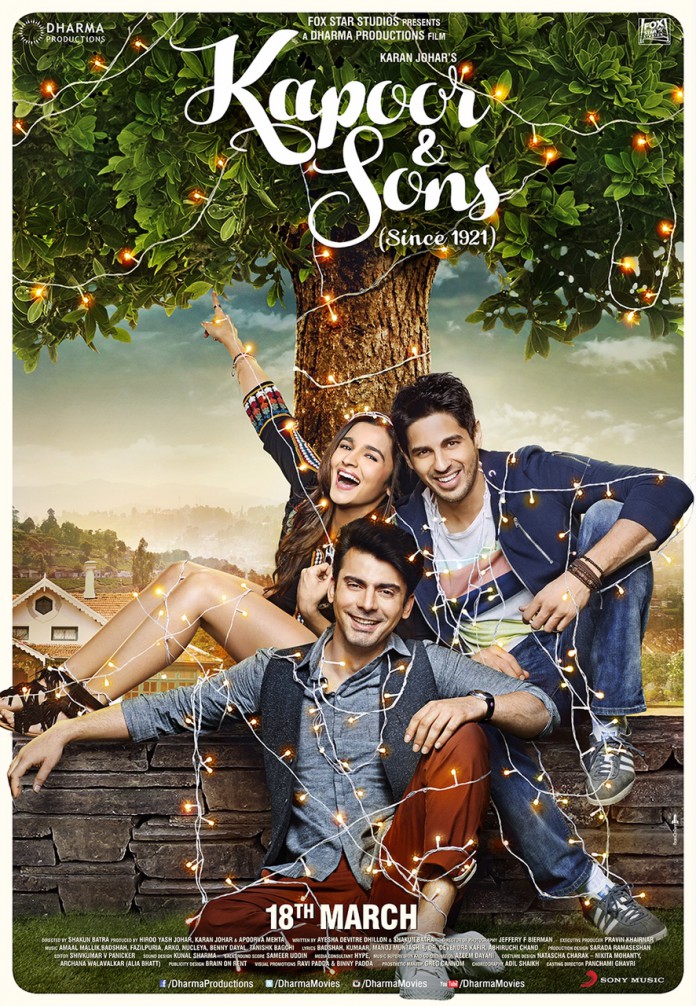 The archetypal family dynamic is about to be turned spectacularly on its head this Spring with the release of new ‘dramedy’ Kapoor & Sons, which releases on 18th March 2016 through Fox Star Studios.

Billed as a colourful comedy drama, Kapoor & Sons shines a spotlight on the nuances and intricacies of familial relationships, as it focuses on one particular family whose very fabric seems to be unravelling at the seams with the stresses and strains of modern life.

Already making waves with the release of the first poster, the film brings together an impressive ensemble cast comprising of Sidharth Malhotra(Student of the Year, Brothers), Alia Bhatt (Highway, 2 States), Fawad Khan (Khoobsurat) and veteran actor Rishi Kapoor (Agneepath), who is virtually unrecognisable in the film as the wise old grandfather. The supporting cast boasts the talents of Rajat Kapoor and Ratna Pathak who respectively play Sidharth and Fawad’s parents in the film. 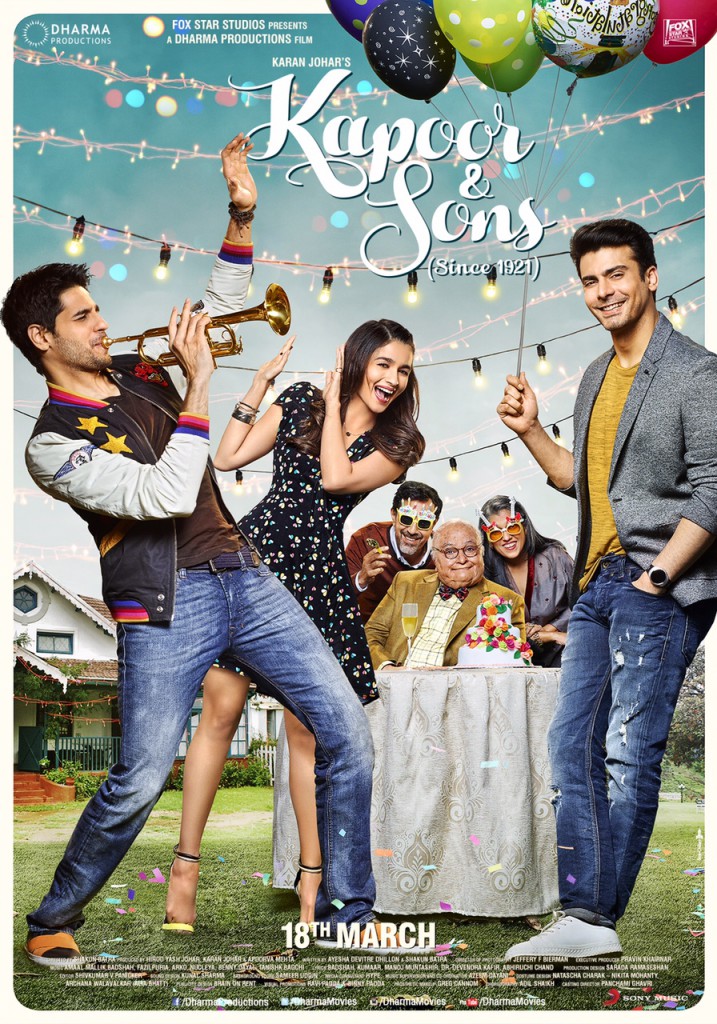 The film is directed by young versatile director Shakun Batra, whose first directorial venture was Dharma Productions’ Ek Main Aur Ekk Tu. The film garnered praise from both critics and audiences alike and was lauded for its state-of-the- art direction and refreshing music.

Kapoor & Sons centres on the relationship between brothers Rahul and Arjun, who have returned back home- to Coonoor, to be with their grandfather in (what they think will be) his last few days, after he has a heart attack at the age of 90. Rahul, for his age, seems to have built a pretty good life for himself; a good looking man, doing very well professionally, living in a swanky apartment in London, and also planning to pursue architecture along with writing. On the other hand is his younger brother- Arjun. Arjun is also an aspiring writer, living in New Jersey, clearly struggling to make ends meet.

These two brothers aren’t exactly the ‘inseparable’ brother duo we are used to seeing in our movies. The awkwardness and tension between them is apparent from the word go. Their arrival in India quickly unfolds their individual relations with their parents as well. Rahul is clearly the perfect one, loved by all, Arjun seems like the neglected one who according to the family is too immature/irresponsible to take decisions.

The brothers arrive in India to find that their little family isn’t as perfect as they had imagined. Their parents no longer sleep in the same room and their father seems to have developed a relationship with a long time family friend, which is making their mom uncomfortable. Furthermore, the family is going through a severe financial crunch as well. The brothers have returned to the same old home, but with totally different dynamics. Their parents get into quarrels over their financial situation, ending marriage, and other bad decisions. The sons on the other hand have their own battles with the parents, and with each other.

Arjun has an old friend in Coonoor who helps him get out of the steaming pot environment in his house. One night, the friend takes Arjun out for a party to a friend’s place, which is where he meets Tia. Tia is an attractive, flamboyant, young girl who Arjun instantly strikes a chord with. Rahul meets Tia as well, regarding a business deal they are trying to strike, and even here, there is a certain equation right from the word go. We see the onset of another point of tension between the brothers- a love triangle.

As the story unfolds, we realise that all the characters have had their fair share of mistakes and bad decisions. The family members who seem perfect aren’t necessarily so, and the ones who seem imperfect have had good reasons for their actions. Are the brothers able to bring back normalcy to their house? Are they able to resolve their own issues? What happens to the Tia-Arjun-Rahul trio? Is the grandfather able to get the perfect ‘family photo’ he’s been striving for? The answer to all these questions and many more form the crux of the story.