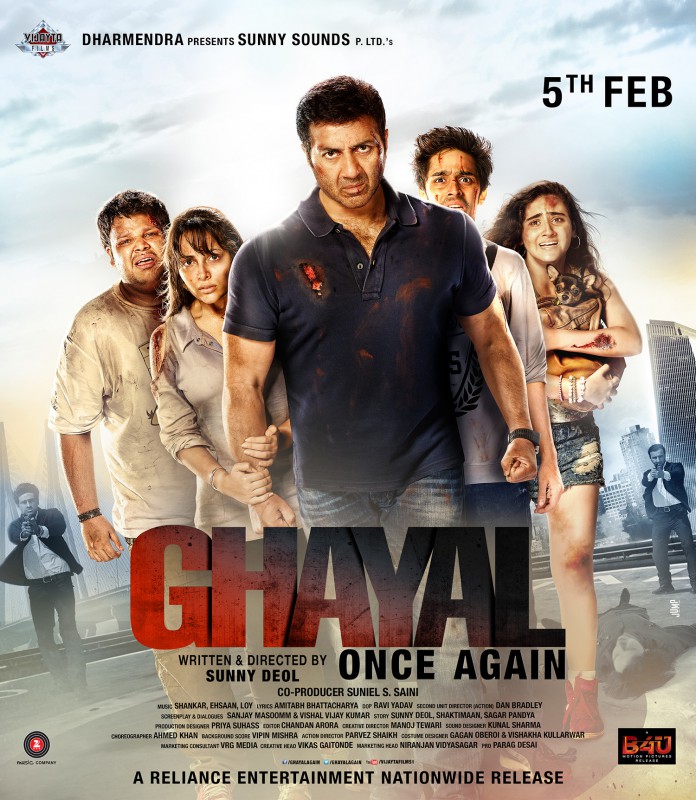 Sunny Deol, most famous for his roles as angry young man on screen is back to give audiences a blast from the past with an action-packed gripping sequel to his 1990 hit ‘Ghayal’.

Ghayal Once Again takes us back to the original Ghayal movie character Ajay Mehra (Sunny Deol) and follows his life after serving his jail sentence.

The sequel depicts his trials and tribulations while battling a wealthy businessman who makes life miserable for a group of innocent youngsters that have photographic evidence of murder involvement.

The fun and joy juxtaposed with the struggles of being a youth forms the backdrop of this action-drama.

Donning the hat of a director, writer for the first time, Sunny Deol has a lot of offer to his die-hard fans who are anticipating his return to mainstream cinema.

In one of his recent interviews, Sunny exclaimed “In the past few years, I felt directionless and then I thought I should go back to my genre of movies which I believe in. So, I wrote Ghayal Once Again, to go back to my roots”.

The movie also casts Soha Ali Khan and Om Puri in key roles. The trailer has been hugely appreciated by audiences, and has received over 5 million views on Youtube already.