Curry is the perfect winter warmer and one of the UK’s most popular foods, but with the fast paced society we live in, we rarely have time to make it ourselves.  Former Apprentice star Sanjay Sood-Smith has created a solution that is not only ready in 90 seconds, it is perfect for those on the move.  Tuk In is made from the finest ingredients and curry-in-a-naan, so now you can have your favourite curry any time of the day!

Sanjay’s mother made him Chicken Tikka sandwiches for school and these tasty treats led to business partner Thomas Cropper dreaming up the idea of curry-in-a-naan at University, he then opened his own store and the product was so popular that Tuk In was born. Imagine delicious curry mixed with succulent pilau rice and sealed in soft naan bread. This tasty lunchtime meal is made from healthy ingredients and with low sugar and saturated fat, a great alternative to the same old sandwiches!

Tuk In comes in three delicious flavours, Chicken Korma, Chicken Tikka and Chicken Jalfrezi. Everyone knows that the best way to eat a curry is scooping it up in a bit of naan.   Tuk In, curry-in-a-naan – enables you to enjoy the delicious taste of curry, whilst keeping your hands clean.

On Saturday October 31st, Tuk In will be launched in the newly refurbished SPAR in Brockley, which has a real focus on food on the go.  Sanjay grew up in the area, so chose South London to share the first taste his delicious and brand new treat Tuk In.  Sanjay didn’t win the Apprentice, but he prefers spice over sugar, so it’s probably just as well.

Sampling of Tuk In will be held in the SPAR store alongside the founders Sanjay Sood-Smith and Thomas Cropper on Saturday 31st October from 10am to 12 noon at SPAR, 4 Mantle Road, Brockley, London, SE4 2EX. 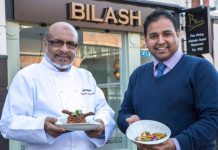 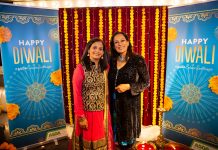